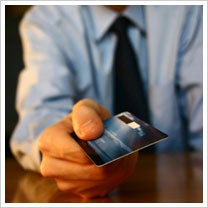 This spring a bigger problem than the bank-loan freeze has emerged for entrepreneurs: Credit card companies are slashing their limits, and small business owners are suffering because a majority of them rely on plastic to bolster cash flow and sustain operations.

The pullbacks are especially tough because more and more entrepreneurs are depending on the cards as their main source of credit. According to the National Small Business Association (PDF) 59 percent of small business relied on plastic for daily operations, up from 44 percent last year.

Nearly 8 out of 10 small business owners surveyed by the association say that credit-card terms have worsened in the last five years. In the last year alone, 63 percent of proprietors reported that their interest rates had increased. About 62 percent of owners stated that the newer credit card terms are affecting their ability to grow business.

Meanwhile, The New York Times reports that there is a proposal on Capital Hill to expand a new congressional mandate limiting interest rate hikes for consumer credit cards to include small business plastic.