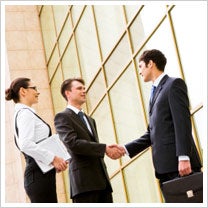 In his new book The Future Arrived Yesterday: The Rise of the Protean Corporation and What It Means for You (Crown Business), business and technology journalist Michael S. Malone argues that a new generation of young Americans entering the workforce -- Generation Y -- isn't the best choice if you want loyal, hard-working, long-hour employees on your team.

"Managing this generation may not only be a nightmare, it may actually be impossible," Malone writes. "It is quite likely that some sizable percentage of these new workers (and, being the  so- called "echo" of the Baby Boom, their numbers are huge) will never work in a steady job on the payroll of a single employer. And an equally large segment may never know a career different from that of a 'permanent part-timer,' contractor, or consultant."

Malone cites a piece written by Jake Halpern in the Boston Globe Magazine in which that author says evidence might suggest "this generation, which is flooding into the workplace, will create chaotic, unpleasant, and utterly unproductive work environments that will drive many a good business directly into the ground ..."

The caveat, though, in Malone's mind, is that Gen Y's fierce independence will accelerate the nation's evolution form a corporate economy of worker bees to an entrepreneurial one of innovative thinkers and rapid change, one where a majority of the Gen Y workforce is self-employed or even part of an ever-widening proprietary class.

"This cohort, many with parents who have always worked at home, has little interest in
ever taking an ofÃ¯Â¬Âce job, or working for a business that doesn't change," he writes. The Gen Y group will be fiercely start-up oriented, and "by 2013, perhaps  two- thirds of all adult Americans will be classiÃ¯Â¬Âed as entrepreneurial."

The introduction and first chapter of The Future Arrived Yesterday are excerpted here.