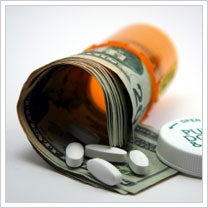 The U.S. Department of Health and Human Services today released a report about the rising cost of health care. Among its conclusions: "Employer-sponsored health insurance premiums have nearly doubled since 2000."

That increase in health care costs grew three times as fast as wage growth and cost employers' $12,680 for the average family plan -- nearly the same as a minimum wage salary for one year, according to the HHS.

In a news conference today President Barack Obama addressed the issue, expressing support for reform that's being considered in Congress. "We need to control the skyrocketing costs that are driving families, businesses and our government into greater and greater debt," he said.

The HHS report stated that family deductibles increased 30 percent in two years for average preferred provider (PPO) plans; for families covered by "small firms" the increase was 64 percent, from $1,439 to $2,367.

"It doesn't matter if you have insurance or not," states HHS Secretary Kathleen Sebelius, "when Americans go to the hospital or the doctor's office, they are paying more and getting less."