Stimulus Comes to Entrepreneurs Who Wait 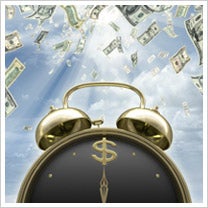 Intuit Payroll asked more than 1,000 small-business owners for their thoughts on the stimulus, and the results show a fair amount of cynicism: 94 percent believe success depends more on what they do for themselves than the government; 86 percent don't think the stimulus will directly benefit their business; and 75 percent say the government doesn't offer enough support.

Disappointment, along with a healthy dose of frustration, seems to be the popular sentiment, but in keeping with the (tentative) renewed optimism over the economy, I'd like to share a conversation I had with Steve King of research and consulting firm Emergent Research, in which he explained to me why it's just a matter of time before small-business owners see benefits from the stimulus.

Are you surprised by how cynical small-business owners are about the stimulus?
No, not really, because very little of the money from the stimulus--somewhere between two and five percent--has started to flow. And if you actually get under the hood of what's been spent, it's predominantly in the construction area. Unless a survey contains an overweighting of construction respondents, most people are going to say they don't see an impact.

Small-business owners are, on average, a conservative crowd economically. They went into it thinking the stimulus was not a good idea, and since they were promised results, and they're not seeing results, it just makes them less confident that this package made sense.

For now, the big issue is that the money's just not out, so small businesses are not seeing an impact.

When you talk about impact, do you mean indirect benefits, like investors becoming more confident and spending more?
There're two levels. There will be a number of small businesses that benefit directly from the stimulus package. Infrastructure, healthcare, IT, the clean tech area--small businesses in these classes will likely see direct benefits. You're seeing this in construction right now.

The indirect opportunities will come from subcontracting and supplying larger firms that get stimulus package money, since many big companies have active programs to secure their share of the stimulus package.

Have you changed your mind about the effectiveness of the stimulus?
No. I still believe the stimulus package will create jobs for small businesses, and I still believe it will have a positive impact on the economy. The issue now becomes timing, because the longer it takes, the less likely it will be that we needed a stimulus.

But I haven't yet given up on it. The jury's still out ... but as a researcher, I think you just can't spend that amount of money and not benefit small businesses. Given the role small businesses play in this economy, there's just no way to [avoid] it.

But, it's not a "Gee happy times are here again"; there's a "We've hit bottom, we know how to survive, and our business is going to make it" kind of attitude. And very few expect the stimulus to be of any help at all to them. So if for some reason they start to see an impact, then I think they'll see that as sort of found candy.

Have you benefited from the stimulus?
Yes, actually. One thing that amazes me is that everyone's focused on the dollars, the spending, but the stimulus actually has a number of tax provisions that small businesses can benefit from.

So have you spent money recently because of these new provisions?
We have. For our small business, we've made some decisions to improve our computer set-up. We don't spend much, but we want to make sure we get those capital expenditures in this year because the rules are better.

How long will we need to wait before the stimulus impacts small business?
To me, it's still a "to be determined," but we've always thought the impact would start to take hold in the fall ... and toward the end of the year. If we're not seeing it by then, then I will definitely be re-thinking my view. But I'll be surprised if we don't see this stuff kicking in soon.

King is co-author of an e-book titled The Stimulus Package: What is Means for Growing Businesses, available for free download here.