Can Chrome Find a Home With Entrepreneurs? 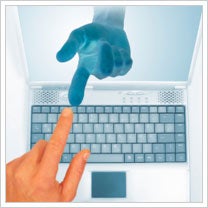 The buzz in the geek world last week surrounded Google's announcement that it will roll out a computer operating system, Chrome, to compete with Microsoft's Windows franchise. The software isn't slated to hit the market until the middle of next year, but already a storm is brewing about which one of these tech titans will come out ahead.

Everyday business owners will be able to vote with their pocketbooks, too. Will they stay with the licensing fees, compatibility and convenience of Microsoft, or will they take a chance on an unknown system that happens to be free?

iSuppli, a firm that researches and tracks tech hardware sales, weighed in today with analysis. One of its main conclusions: Google will have an uphill battle with entrepreneurs and other computer-buying masses unless it inks deals with PC makers to have its operating system pre-installed, as does Microsoft.

In other words, it will be a tough game to win if Google is asking users to download the software, when most computers these days come pre-loaded with Windows. Google is at first targeting netbooks, those sub $500, stripped-down laptops that are becoming the staple of small businesses with sales forces in the field.

"Because the vast majority of people who buy netbooks are consumers, who do not have a high degree of knowledge of the key players in the OS market, they are going with the names that they know," says iSuppli analyst Matthew Wilkins. "And in PCs, that name is Microsoft."

"For Google to be successful," he says, "it needs to promote and position its brand so that non-tech-savvy consumers will be comfortable buying a netbook running its operating system rather than one from Microsoft. This will be a major challenge."