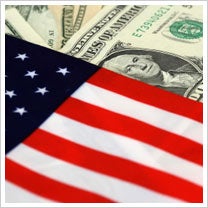 The International Franchise Association joined the National Retail Federation and the American Apparel and Footwear Association on Tuesday in urging the federal government to offer aid to the struggling CIT Group.

In a letter addressed to Secretary of the Treasury Timothy Geithner, IFA President and CEO Matthew Shay pointed out that CIT has been the largest originator of SBA-backed loans to franchisees since 2000 and cited a recent IFA report showing that every $1 billion lent to franchisees results in 34,100 jobs and $3.6 billion of additional economic output.

In addition to a bailout for CIT, Shay's letter recommends that the government seek out other ways to give franchise businesses a boost. His suggestions include "creating a federal program to facilitate the syndication of franchisee loans" and raising the maximum limit for the SBA's 7(a) loans from $2 million to $4 million.

The IFA's efforts seem to have fallen on deaf ears, though--at least as far as CIT is concerned. The Washington Post reports that the company has been advised not to expect government support any time soon, so the slide into bankruptcy seems all but inevitable.

5 Ways Working in Private Equity Is Like Playing Soccer