Will a Minimum Wage Hike Depress the Economy? 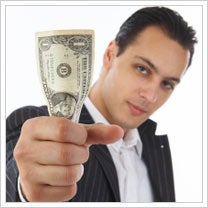 For businesses in places like California--with a state minimum wage of $8--the hike is irrelevant. But for the nation as a whole, there's no telling. According to a recent Wall Street Journal article, the Economic Policy Institute estimates the increase will add $5.5 billion to the economy, as workers spend (relatively) fatter paychecks. But that same article also describes a franchise owner who will be cutting employee hours to make payroll.

Dan Seiver, economics professor at San Diego State University, believes most firms won't see direct impacts, especially since more than 20 states already have higher wage mandates. Affected employers will also be concentrated in specific sectors like service and hospitality. "Entrepreneurs in those areas would see higher costs," he says, "but a higher wage may in fact draw out more qualified applicants for an open position."

There's no doubt the timing sucks, though. "It's unfortunate that we'd be increasing [wages] in the midst of the worst recession since the Great Depression--and unemployment headed into double digits," Seiver says. "But when the law was passed in '07, we didn't realize we'd be in such a terrible economic contraction. It would be nice if there had been some clause that had allowed it to be [delayed], but what's done is done."

On the bright side, increasing minimum wage is probably the right thing to do. "Until the law was passed, the minimum wage hadn't been increased in almost 10 years, so everybody was getting a real bargain," Seiver explains. "It was abnormally low. Now, we're just pulling it back to the right levels."

Besides, in real terms, the minimum wage is still lower than it was in the 1960s.