Creating a Business Other Companies Want to Buy 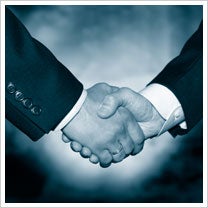 Some entrepreneurs are workaholics. They envision themselves working to build their businesses for the rest of their lives. But that's not everybody. Some business owners think in terms of building their baby up for a few years, and then selling it off and sailing to Bimini. Or taking a break and then getting to work on their next business idea.

Probably fewer business owners are thinking about selling just now...but a couple of recent news announcements reminded me that though the IPO market may be slumbering, some small businesses are still cashing in by selling to bigger players in their space. Many big corporations still have money--or can borrow money--for acquisitions.

Item one: MySpace paid $20 million for 3-year-old Seattle social music-sharing startup iLike. The iLike team -- CEO Ali Hartovi, president Hadi Partovi and CTO Nat Brown, stays in place. Attractive iLike features? 50 million registered users and the indie-music site garageband.com. (Critics have sniped that this was a distressed exit, as iLike had been valued higher before the downturn, getting $13.3 million from TicketMaster in '06 for just a partial stake. But I say for the current economic scene, still a nice paycheck.)

Item two: MSNBC announced it snapped up Chicago-based, 2-year-old news-aggregator startup EveryBlock for an undisclosed sum. But you can bet it was a check with a meaningful number of zeroes in it. Like iLike, EveryBlock will also continue to function independently. EveryBlock hadn't gotten too far with its micro-local news model, which is running in just 15 cities...but its innovative approach was clearly enough to interest a big Internet gun.

Having covered both small business and public companies for a lot of years, I'd have to say a lot of the best cashout situations for business owners are merger and acquisition deals. Some even include getting to stay on at the helm of your company, albeit as a division of a bigger firm. Where with an IPO you get lots of new owners, an M&A deal usually just gives you one. Can be less oppressive. And avoids the public scrutiny of an IPO.

The food for thought here is, what are you building that might be of value to a major player in your sector? How are you differentiating what you do? If you wanted to quit your business, who could you sell it to?

Take a minute to think about the big companies in your space. Are you developing or delivering something unique that they might want? Would you be interested in selling it to them? Or is there maybe a local competitor you could join forces with to better reach your market?

In times like these, innovation is in demand. Prioritize accordingly.