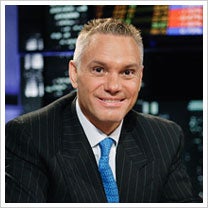 Kevin Harrington, CEO of TVGoods.com, LLC, is in his natural element on ABC's show "Shark Tank," listening to entrepreneurs pitch their business ideas and deciding whether to put his money behind them. In the 1980s, he founded a direct TV marketing company and produced the first infomercial, and then pioneered a global effort that now distributes in more than 100 countries.

Harrington knows how to spot the gems among the junk, and has financed more than 500 product launches totaling more than $4 billion sales worldwide (making millionaires out of many entrepreneurs along the way).

There's no word yet whether there will be a second season of "Shark Tank", but the casting call is still up. Maybe you should take the plunge.

How did you like being on the show?
The show was fabulous, but it was grueling. We did two series of tapings; we taped 20-plus segments in January and just these last two weeks [this interview took place late July] we shot another 48 segments.

Did you find it particularly challenging to make so many investment decisions at once?
It was [fine]. Looking at different products is what I do on a day-to-day basis, so I kind of have a feel for it already. My business is evaluating and making decisions on moving products to the next step.

So "Shark Tank" is an extension of what you're already doing.
Absolutely. [We've] funded hundreds of deals over the last 25 years. Of course, in the show, people are coming in with more than just products, but prior to infomercials, I was in the franchising business, so I got to know the workings of, really, almost every kind of small business: retail, restaurants, DIY, daycare, sandwich shops, auto detailing operations...

You must be very comfortable evaluating products, but what about entrepreneurs?
What I look for is somebody who has a track record in some profession. Sometimes they are first-time entrepreneurs, which makes it a little riskier, so one of the questions I always like to ask is why I should invest in that person. If it's the first deal ever in terms of taking someone's money and running with it, I look at concept, how they're going to execute it, use of proceeds and their background. That last bit is at the top of the list.

Tell me about a decision you made that contributed to your success.
Back in 1990, I had a very successful business in the US, and I was sitting there with a whole library of infomercials when I started to wonder if they would work around the world. It was a risky proposition, but I [decided] ... to go international.

There was great opposition to launching infomercials outside the US. People said it would never work because it was an "American" way of selling. There was this mentality that advertising was an evil, and there I was, coming in with a 30-minute advertisement.

But we went to London anyway, and after six months of getting the door slammed in our faces, we got a distribution deal. We did the same in Saudi Arabia, Latin America, and when we went into Japan, we got the same door-slamming.

How did it work out?
Basically, we dubbed our infomercials into 20-some languages, and they worked unbelievably well everywhere we went. I'd look for someone with a satellite capacity to give us a little test and prove out my concept, and the success was mind-blowing because nobody had been advertising on TV like us before.

It wasn't like I risked the farm. I just said, "Let me get over there to try it." Once I got somebody to test it, and saw it worked, suddenly we were in 100 countries.

Are there instances where charging ahead doesn't work?
Yes, generally involving finances [laughs].

I'm a marketing guy, and I don't have an MBA. I learned the hard way that you need to have financing to fund a global business. We have been able to build far faster and with far bigger results than the money in the bank sometimes can handle, but we took a difficult path getting there.

How would you advise others who encounter these types of challenges?
The bottom line is that entrepreneurs need all the skill sets to make it happen. So if you're short on how to handle yourself with raising money and capital, get someone on your team who has those skills.
__

Interviews with other "Shark Tank" judges can be found on Entrepreneur.com's Daily Dose. You can also check out our profile of the show's producer, Mark Burnett, also responsible for "The Apprentice" and "Survivor."