Carol Tice
Owner of Make a Living Writing
September 18, 2009 min read
Opinions expressed by Entrepreneur contributors are their own. 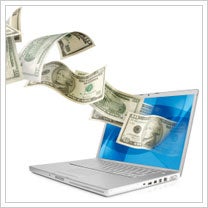 If you've given up on getting a bank loan, there are a few offbeat funding options floating around the internet these days. I found three recently that don't offer huge sums, but might be able to give a new business a kick-start.

One of them is called exactly that: Kickstarter. The site began just a few months ago with a focus on helping artists fund their work, but has been developing into a possible small-business funding vehicle, the New York Times' blog recently reported. The site works a bit like the peer-lending sites such as Prosper.com and Zopa.com--the business owner posts about how much money they're looking for, site visitors pledge small amounts toward the funding needed, and then the loan only funds if the business gets that much in pledges. The big plus: It's a grant, not a loan, and the funds don't need to be repaid.

Artists have offered incentives such as free CDs in exchange for the pledges, while businesses might offer free products or other perks. The site charges a 5 percent fee for successfully completed funding. One catch: Businesses need an "invite" from Kickstarter (look on Twitter, where many are being passed out) in order to post a project proposal on the site for possible funding.

The site began in 2005 with a focus on helping entrepreneurs in underdeveloped nations. But in August, Kiva expanded its mission to include U.S.-based businesses, too. If you operate in an economically distressed region of the country or could be classified as "working poor" and are thinking of starting a business, Kiva might be able to help you cobble together a small loan online from its many donors.

Finally, if you think you've got a brilliant concept, you might try Ideablob's monthly business idea contest. The most popular idea with site viewers each month gets $10,000.

Have you noticed any other unusual places to raise money online? If so add them in a post below.