A Boost for Young Entrepreneurs 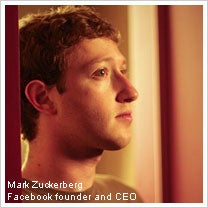 One of the great things about being an entrepreneur in the 21st century is there's no age barrier. The days when you were pretty much required to slog away in middle management in corporate America for decades before banks considered you mature enough to take out a loan and strike out on your own are so gone. Now, the Internet has made starting up on a shoestring easy, and businesses routinely sprout in college dorm rooms--think Mark Zuckerberg and Facebook.

Now, young entrepreneurs who dream about starting their own businesses before they can legally drink are getting a boost.

I wrote a couple weeks ago about the Ewing Marion Kauffman Foundation's effort to build a national entrepreneur movement. Well, they have not rested from this task--last week they announced a $75,000 grant to the University of Miami to support The Launch Pad, a career-center program designed to help college students launch new companies while they're still in school.

The Launch Pad began in September 2008 and has served 750 students and alumni to date, consulting on 300 proposed ventures and seeing 20 new companies launched from their efforts. With the Kauffman's support, The Launch Pad will reach more budding entrepreneurs.

If The Launch pad proves successful, maybe other universities will pick up on the model and bring entrepreneurship resources to their whole student bodies.