By Jennifer Wang November 3, 2009
Opinions expressed by Entrepreneur contributors are their own. 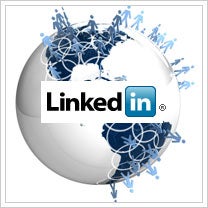 When contributing writer Carol Tice wrote about the ROI of networking online, comments from readers revealed their uncertainty over the value of sites like Twitter and Facebook. So when LinkedIn--a site specifically designed for networking purposes--changed its user policy to limit the number of connections a person could have to 30,000, Entrepreneur.com investigated its potential effect on small-business owners and entrepreneurs.

Can LinkedIn's recent cap hurt entrepreneurs? Pick a side.

Yes
Sure, hardly anyone is directly affected. Fewer than 20 users (a minuscule fraction of total membership) are over the limit, and even President Obama claims only about 25,000 connections. But the real problem is what you lose indirectly, says "super connector" Steven Burda, who has more than 37,000 connections, at least 15,000 pending invitations and around 2,500 personal recommendations.

"The cap matters a lot to entrepreneurs and small-business owners," Burda says. "I have used LinkedIn to help multiple small businesses secure funding with venture capitalists, and over the years that I've been on the site, I've probably facilitated thousands, if not millions, of dollars worth of business deals."

But apparently, no good deed goes unpunished. The limit blocks Burda's ability to create more of these deals, and he suspects the change was partly motivated by the fact that LinkedIn is losing out on fees they charge unconnected members for introductory "inmails" ($10 a pop).

"The real victims are the people who lose out on joining a wider network, and miss a potential connection," Burda says. "If the platform really is for helping people, its users need to be able to network with each other." He adds that he just wants to start a dialogue with LinkedIn about preventing more restrictions from being implemented in the future. So far, he hasn't heard back.

No
The LinkedIn representative we reached declined to comment, but asked us to contact other members who were willing to provide an opposing perspective.

Enter Sheilah Etheridge, founder of SME Management and one of LinkedIn's earliest adopters. She views the value of Burda's networking method rather differently. "LinkedIn has its flaws, but the one flaw it does not have is limiting entrepreneurs from helping one another or themselves grow," she says. "There are countless members who help other people find opportunities, and none of them try and take credit for it or expect anything in return. That is the nature of networking."

Etheridge says she connected to Burda in 2006 and found him to be a good networker. But she began to suspect he was abusing the user policy by connecting to people he didn't know; now, he's "networking" by collecting names and making surface introductions (that rarely pan out) in exchange for endorsements. "It's quantity rather than quality, so how does that help an entrepreneur grow or succeed?"

LinkedIn is within its rights to set a cap, she continues, and 30,000 is a generous one, especially when accounts can be free. "People put in a lot of time to make this a real networking site with real value, but Burda's method cheapens and dilutes the experience."
__

In the end, it probably boils down to your personal view of how online networking is supposed to work, but there's one thing we can all agree on: There's no way a measly 30,000-connection cap can stop an entrepreneur from doing what needs to be done.