By Carol Tice November 19, 2009
Opinions expressed by Entrepreneur contributors are their own. 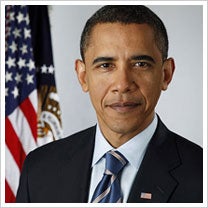 Yesterday, President Barack Obama held a small-business financing forum to discuss what more should be done to help break the lending logjam small business owners have experienced the past two years. Before it even began, Obama was being criticized for keeping the guest list under wraps. Interested parties such as the American Small Business League issued a press release about their displeasure with not getting an invite. Others, including the International Franchise Association president/CEO Matthew Shay and Indiana Statewide Certified Development Corporation executive Jean Wojtowicz, got a ticket to the ball.

But while many squabbled about the timing, the format, and the lineup of speakers, the bigger question is: With Goldman Sachs, Warren Buffett, and JP Morgan Chase stepping up lending to small businesses, does small business still need this help?

There have been several positive developments in the world of small-business lending in the past week. Chase Bank said last week it planned to increase small-business lending by a hefty $4 billion next year, hiring more than 300 additional small-business bankers to focus on companies with under $10 million in sales. The company said it sees the economy improving next year. Certainly smells like a harbinger of changing big-bank attitudes towards making small-business loans that could help many get the funding they need.

That was a pretty interesting development, given that parent JP Morgan Chase in September introduced a new Ink line of four different small business credit cards with interest rates up to 30 percent. Apparently the bank wants to be there for small-business customers whether they can qualify for a loan or not.

Providing a small break for small-business owners who may be hitting the ATM to keep their company afloat, the Federal Reserve set new restrictions on overdraft fees from such cards that begin next year.

On the down side, an attempt to get small-business credit cards included in federal consumer protections for consumer cards recently went down to defeat, the New York Times' Robb Mandelbaum reports. The bill sought to get businesses with fewer than 50 employees included in the definition of a consumer. This is bad news at a time when many small businesses are relying heavily on plastic: A Small-Business Credit Card Survey released by the National Small Business Association showed nearly 60 percent of members were using credit cards to fund their business, and half of those had their card racked to $50,000 or more.

There's also the theory, recently discussed in Time magazine's Curious Capitalist column, that the small business sector has been harder hit and is recovering slower than the economy in general...possibly pointing at continued need for additional small-biz funding relief.

On to the meeting meat: Treasury secretary Timothy Geithner basically gave banks a pep talk about upping their lending to small businesses (the President was actually in China). Geithner's key message: "The credit crunch is not over." (I'm thinking you probably knew that.) Treasury's monthly survey of bank lending showed the top banks that got TARP funds continued to tighten up their lending, with oustanding balances falling 1 percent in September. Others including IFA's Shay got a chance to give testimony on their point of view.

Ever the social-media administration, after the forum concluded there was follow-up chat with SBA Administrator Karen Mills over on Facebook. When I looked the comments seemed to have vanished, replaced by a healthcare debate--it would be great to look them over and see what people said.

What can Obama do at this point to help small businesses get better access to credit? Should he do anything? Weigh in and let us know what you think.