Carol Tice
Owner of Make a Living Writing
December 2, 2009 min read
Opinions expressed by Entrepreneur contributors are their own. 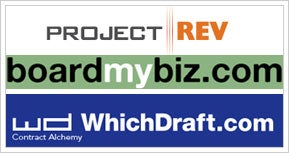 Once again, it's Wednesday, and the Daily Dose brings to your attention a few useful online tools and ideas that may help your business. This week, it's a shopping site that brings together online browsing with offline retail inventory, a piece of free pricing analytics software, and a chance to test-drive a new visual social-media site.

Milo is a free Web site that compiles local-level retail merchandise information so you can look onilne and find what's available near your ZIP code. Sounds handy, given how many shoppers browse online before deciding to patronize a local store--a 2007 Accenture study showed 68 percent of shoppers do just that, and JupiterResearch estimates $1 trillion in purchases will be made this way by 2011.

Investors have taken an interest in Milo's idea--the Palo Alto, Calif.-based company closed a $4 million venture capital round in the past week, with participants including True Ventures and managers from such solid-gold online brands as PayPal, Yelp and YouTube. So far, Milo offers shoppers real-time inventory data for 42,000 U.S. stores, including major chains such as Lowe's, Target, Macy's and IKEA. Want to know if Nordstrom has your size before you get in the car? Through Milo, apparently, you can find out.

Here's the bad news: For now, Milo is just for the big retail chains, so it's something to keep an eagle eye on as a possible competitive threat. A company spokeswoman tells me they're working on a point-of-sale software solution small-business retailers could use to participate. Just when we were all enjoying how the internet leveled the playing field for small business...

Our free pricing analytics software comes from Reuben Swartz of Mimiran. Sales Compass is available as a free application through Appexchange. In these days of razor-thin price margins, seems like a little price optimization analysis would be worth the time, especially for free.

Finally, just when your head was ready to explode with news of Twitter, StumbleUpon and the myriad other popular social-media options you suspect you should be making time for, comes the new "self-visualizing" network Youtego. The twist: It's social media in photos. As DigitalBeat recently reported, on Youtego you start with six images that define who you are, naming them and adding additional text in a sidebar. DigitalBeat reporter Tom Slater comments of his tour of Youtego, "I'm already having more fun than Facebook ever provided."

It's in Beta, so play now if you're a visual type. I can barely upload my head shot to my own Web site, so it's probably not for me, but for those who hate to type it may be a welcome change. As the site says, it's "Younique."