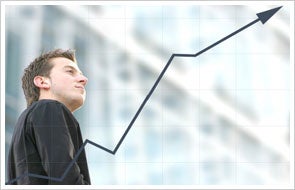 We've started the slow climb out of the giant black hole. The U.S. job market improved in November, with the lowest number of jobs lost in nearly two years, according to the ADP employment survey released today.

Total private-sector employment stood at 108.2 million in November, down 7.4 million from 115.6 million in December 2007 when the recession began.

According to ADP, 7.4 million private-sector jobs have been lost since the recession began.