Could You Create One Job?

Carol Tice
Owner of Make a Living Writing
December 16, 2009 min read
Opinions expressed by Entrepreneur contributors are their own. 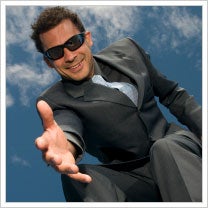 There's one facet of President Barack Obama's jobs initiative that I keep coming back to: the one that would offer small businesses incentives for making their first employee hire. The proposal is a 25 percent tax credit off the amount of salary of the hire. With $200 billion of the Troubled Asset Relief Program funds left over, the administration is now looking to divert that money and invest it in small-business stimulus.

Given the state of the economy, I wonder: Would 25 percent be enough?

Distressed at how small business continues to flounder rather than creating the jobs needed to drive us out of this recession, the credit sounds like a good idea. But I wonder if it's misplaced.
So many of the startup entrepreneurs I've interviewed lately have spoken proudly of how they've avoided hiring employees by using contractors. In this era of oDesk, eLance and other virtual freelance-worker sites, it seems fewer businesses even dream of hiring an actual, full-on, full-time employee. Many pride themselves on using 20 or more contractors without breaking down and hiring one actual employee.
I've been writing a lot lately about the success of home-based businesses. Half of them don't have any employees. Personally, I have an accountant, Web developer, editor and designer, none of whom I would hire full-time

But the job-creation potential is alluring. If just 1 percent of small businesses with no employees were convinced by a credit to make that first hire, that would create 200,000 jobs, Rhonda Abrams recently wrote for the Gannett newspaper chain.
The idea of taking on the burden of paying workers comp, unemployment insurance and all the other costs of full-time employment seems very daunting right now. The leap from one-person business to two-person is a big one. It's a different mindset when you begin growing your company to be the kind that has employees.

What if the credit could also apply to giving contract work above a certain dollar amount? That would let many freelancers flourish while also helping the business grow.

Among the interesting testimony delivered during Senate committee hearings about jobs came from Bruce Katz of the conservative Brookings Institution. His theory: The recession has affected different metropolitan markets in different ways, and there is no single American economy. We need immediate jobs money to go to city, state and county governments to keep them employing people and offering work to small-business contractors, and big infrastructure projects to bring jobs, once again supporting more work for the small firms involved in construction. Sort of a trickle-down theory--and similar to what we've already seen with the stimulus funds. But would more of the same turn this around? I don't know.

Would the proposed 25 percent tax credit on first-hire salary make you take the plunge and hire your first full-time worker? Leave a comment and let us know.

If not, what form would you like to see federal small-business assistance take? Tell us your idea.