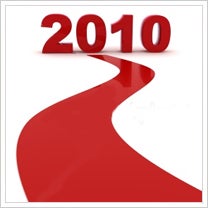 2009 was a tough year for franchises.  Will 2010 be any better?  According to the International Franchise Association, the answer is yes... but not as much as it could be.

The IFA recently released the Franchise Business Economic Outlook for 2010, a report prepared for them by PricewaterhouseCoopers LLP, which predicts a year of slow, marginal growth. Here are a few of the highlights:

As small as this forecasted growth may seem, any growth is good growth when compared to the losses seen in 2009--a 0.1 percent decline in the number of establishments, a 0.7 percent decrease in economic output, and 409,000 jobs lost. So this report, while not exactly Pollyanna-esque, does seem to point toward recovery for the franchising world.

But according to IFA President and CEO Matthew Shay, the ongoing credit crunch will keep that recovery from being as swift or as strong as it could be. "We are pleased that the 2010 outlook for franchise businesses is projected to be more positive than 2009, but access to credit remains a major hurdle to increase jobs and economic output at the levels we have seen during past recoveries," said Shay.  "An expected $3.4 billion shortfall in lending to franchise businesses in 2010 will result in 134,000 jobs not created and $13.9 billion in economic output lost. We urge Congress to quickly pass bills currently on the table that would close this lending shortfall and allow franchise businesses to operate at their full economic potential."