Top Industries of the Decade 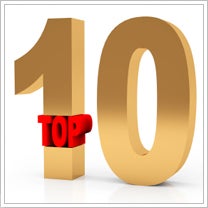 There is no denying that the internet changed the way business is done. Hell, the advent of the internet heralded the nouveaux information age. According to a recent IBISWorld report, many of the decade's best-performing industries are a result of this new paradigm.

Case in point: VoIP is a fairly new industry, which, according to the report, only began earning revenue in 2002. During 2009, however, this new industry busted at the seams with growth of nearly 18,000 percent. While the growth of VoIP is expected to slow, maybe even level out, it is predicted to lead the pack in growth for the upcoming decade, according to IBISWorld.

There aren't any close seconds. But it should come as no surprise that the report pointed to search engines as the second best-performing industry of the decade, followed by eCommerce and online dating (Plenty of Fish anyone?). Other top performing industries include: tank and armored vehicle manufacturing, petrochemical manufacturing, mining support, wireless telecommunications carriers, biotechnology and warehouse clubs or supercenters (eg: Walmart or Costco).

The worst performing industries? Apparel and accessory manufacturing, money market and banking, and recordable media to name a few.

Looking at the two lists, it's pretty obvious why the top performers are at the top and the worst performing floundered. According to the IBISWorld report, we can expect VoIP to continue experiencing boon times along with eCommerce, biotechnology and search engines. Wireless carriers, and armored vehicle manufacturing, however, are expected to see a sharp dip in profit growth.