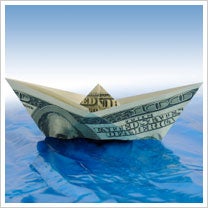 Business owners are split on whether a proposal to create a new consumer-regulatory agency would be good or bad for small business. Opposition to the proposed Consumer Financial Protection Agency by the U.S. Chamber of Commerce is being countered by support from many small business owners around the country.

The proposal by President Barack Obama to create a new Consumer Financial Protection Agency came last summer, a key point in proposals for regulatory reform intended to prevent any repeat of 2008's financial meltdown. Since then, the U.S. Chamber has trumpeted its objections to the creation of a new stand-alone agency to watchdog mortgage-lending, credit cards and other consumer financial products on its stopthecfpa Web site.

Meanwhile, many small business owners have pressed their legislators to support the CFPA, charging the Chamber represents big business and just the sort of big financial institutions that got the nation into this mess. They've organized their own Web site on the topic, Business For Shared Prosperity, and have circulated a petition supporting CFPA that has signators from the U.S. Women's Chamber of Commerce, U.S. Hispanic Chamber of Commerce, Main Street Alliance and many more. Their point of view: stronger regulation in the credit markets will help prevent future occurrences of the credit crunch that is currently squeezing small business. So the CFPA will be good for small business.

"A Consumer Financial Protection Agency will expose unsafe products and services and encourage accountability and fair competition," the petition states.

On the government side, FDIC chair Sheila Bair has come out in favor, saying a new agency for consumer-finance regulation is needed. Though some will say that's just the natural tendency of big government to ever seek further expansion talking.

Meanwhile on Capitol Hill, the CFPA proposal has been compared to the public option in healthcare--in other words, a nonstarter with Republicans. It may be purged in an effort to get some kind of financial reform through Congress this season.

The next time mortgage lenders decide to offer mortgage loans to anyone with a pulse, or a bank issues a credit card that zaps you with 30 percent interest on money the bank borrowed from the government at nearly 0 percent, it would likely be good if there was a government organ that would nip it in the bud. Opponents of "big government" oppose these type of things and ask us to trust the free market to regulate itself...but we've just seen how that works out.