Carol Tice
Owner of Make a Living Writing
March 18, 2010 min read
Opinions expressed by Entrepreneur contributors are their own. 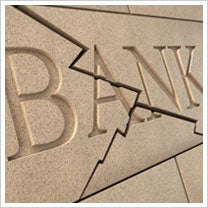 With big-bank lending still down, many finance experts point entrepreneurs toward smaller, community banks as a better option. The problem? A substantial number of those are going bust.

Treasury has expressed concern that small banks continue to fail at a steady pace -- 27 more so far this year, nearly 200 since the beginning of 2008. The chaos created by bank failures includes broken relationships between entrepreneurs and local bankers, leaving entrepreneurs to scramble to find a new bank and establish the rapport that usually precedes getting a loan.

Partly as a result, total U.S. bank lending is down 7.4 percent. One forecaster predicts a small-business lending shortfall of as much as $500 billion as the economy continues to struggle. That's a lot of small-business activity being stymied for lack of capital. Surviving community banks are being unusually cautious in lending further, as they closely monitor how their existing small-business lenders are faring.

So entrepreneurs are caught in a pincer -- the biggest best banks not lending on one hand, community banks overleveraged or overcautious on the other. It's hard to see a good solution here.

It's no surprise that alternative lending vehicles that don't involve banks are getting a lot of attention lately, from purchase-order financing to peer lending to selling receivables.