Angels Lose Their Taste for Startups

By Carol Tice April 8, 2010
Opinions expressed by Entrepreneur contributors are their own. 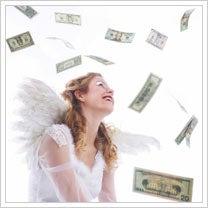 There's good news and bad news about angel investing. On the bright side, investments have stayed fairly stable in the angel-investing world as compared with venture capital's recent decline. On the bad-news side, a new study from the Center for Venture Research shows a substantial proportion of angels have recently lost their taste for investing in startup companies.

The Center reports angels invested $17.6 billion last year, down about 8 percent over 2008. The decline came because angels were hedging their bets more, looking less at seed-stage or startup companies and more at companies at the expansion or growth phase. In 2008, 45 percent of angel money went into seed funding and startups, and that shrank to 35 percent last year.

Message: If there's a way to portray your company as a bit more established and under way, that's apparently a better message to send angel investors in today's rocky economy.

As far as sectors, investing in industrial and energy companies saw a boost last year. Angel investing continued to be dominated by software, which got nearly 20 percent of the funding. Not surprisingly, there wasn't much interest in financial-services companies, which got just 5 percent of the angel cash.

Be warned if you're interested in angel investment that mergers and acquisitions featured in more than half the exit plans executed last year. That usually means business owners selling the company to someone else to get the money to pay angels off.

Recession-era bad news: 40 percent of the angel's exits took place with the company they invested in going into bankruptcy. Just a reminder angel investment is no magical guarantee of startup success.