By Carol Tice April 14, 2010
Opinions expressed by Entrepreneur contributors are their own. 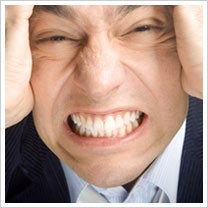 Many entrepreneurs have been hanging on to the knot at the end of their rope for more than two solid years, waiting for the economy to improve. Two new studies show an increasing number of them are concerned that knot's not going to hold them long enough to see a turnaround. Studies from Discover and the National Federation of Independent Business (NFIB) show more owners think business conditions are deteriorating. In the March Discover study, 53 percent of owners believe the economic climate will get worse in the next six months, compared with 37 percent who said that just a month ago.

Over at the NFIB, their monthly Small Business Economic Trends report shows owners hitting an eight-month confidence low in March, which the NFIB described as "a very pessimistic reading." The number of owners reporting it's harder to get loans now rose to 15 percent. One ray of hope: 15 percent of those surveyed plan to hire, up a couple of points from last month. Presumably that's a different 15 percent than the ones who couldn't access capital.

The NFIB study noted that at the bottom of the prolonged 1982 recession, 47 percent of owners expected conditions to improve, while last month the net number of owners expecting improvements was -8 pecent -- 55 percent worse than at the same point in the previous downturn.

Is it really as black as all that? We'll take our own poll on Entrepreneur readers' economic outlook in the comments below. Let us know if you think the economy will improve in the next six months, stay the same or worsen.