Are Venture Capitalists on a Control Trip?

By Carol Tice May 3, 2010
Opinions expressed by Entrepreneur contributors are their own. 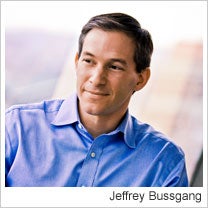 Does taking on venture capital mean giving up your company's soul? Your control over its destiny? It can be a tricky issue, says Flybridge Capital Partners' Jeffrey Bussgang. The prominent venture capitalist has a new book that lays out his theory for how entrepreneurs can successfully navigate today's funding landscape, Mastering the VC Game -- A Venture Capital Insider Reveals How to Get From Start-up to IPO on Your Terms.

"There's a view of venture capitalists that they kind of ruin the party," he says. "One entrepreneur said to me, 'When the VCs come in, it's not fun anymore. They hold you accountable, and push you, and take control.'"

Of course there's only one thing worse -- CEOs running startups that don't have venture capital, Bussgang notes. "They're even less fun, because you don't have the resources to go after the opportunities, either the funding or the advice."

It's true that venture capital investors like to say, "I want to control my capital." They want board seats. Often, they want to professionalize mangement, moving the founder to a CMO or CTO role and bringing in a seasoned CEO to drive results.

"The kind of person who's skilled at starting something from scratch does not necessarily map with the kind of skills you need to take a $100 million company public," he notes.

Of course, entrepreneurs are in charge of how much control they give up. It all comes down to term-sheet negotiation time. While there's tons written about how to connect with VCs and how to make a great pitch, I think Bussgang's book does a service by spending some time discussing the actual deal stage of the process. This is where the control issues are hammered out.

In the deal, you hammer out the finances -- what's a fair valuation for your company and what size stake does the VC get for their money. That part's pretty straightforward. The control side is more nuanced, Bussgang says.

"Trust becomes an important point," he says. "What decisions do I get to make without going to the board, versus decisions that need board approval? You define the parameters under which you'd have to sell the company."

If you're battling over the control provisions of your deal, Bussgang says, "you may be doomed from the start, because it points to underlying trust issues."

I was fascinated that Bussgang put "IPO" into his title, given how few IPOs there have been in the past year or two. But IPOs are rebounding -- there's already been about as many this year as there were in all of 2008. He considers the dip we've just experienced merely a temporary aberration, and expects the IPO market to revive this year. Which is good, because they're still the preferred exit of most VCs.

"Everybody wants the IPO to drive the big value," he says, "but VCs are open to and interested in both [IPOs and merger/acquisition deals]."