By Mikal E. Belicove May 5, 2010
Opinions expressed by Entrepreneur contributors are their own. 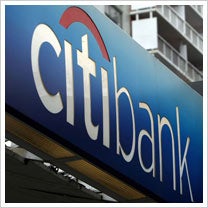 Citibank released its first quarter small business survey on Tuesday, offering the view that despite indications that the economy is getting better, most small businesses say they're still dealing with the aftermath of the recession. In addition, these skeptical entrepreneurs are saying that while their businesses might be doing a little better than they expected, they don't expect to see a lot of new jobs created over the next year.

Despite all this, most of those small-business owners say they'd do it all over again--in spite of the trials and tribulations they've endured the past few years. And the fact that young entrepreneurs appear to be more optimistic about the future and have better attitudes about growing theirs businesses than older respondents is not all that surprising.

An overwhelming 77 percent of business owners surveyed rate current business conditions as either fair or poor, and 43 percent say their own business is worse off today than it was a year ago. However, 58 percent of small-business owners say their business has performed "better than expected." Still, a little more than 40 percent think things will improve in the next 12 months, offering a small measure of optimism to the survey.

That optimism is dashed somewhat when it comes to adding full-time employees in the next 12 months, though. Only 17 percent of businesses say they expect to hire new staff, with the remainder citing concerns about the economy, a belief that they have enough employees for now, uncertainty over their business and diminished sales as reasons for not hiring. When asked what it would take for these businesses to hire more full-time help, 92 percent said an increase in their business volume would help, and 81 percent said an improved general business climate might prompt them to begin hiring. Few respondents say cuts in payroll tax rates or state, local, sales and property taxes would have them thinking about hiring again.

Seven in 10 entrepreneurs say they'd start a small business again--even knowing what they know now about the current business environment. And six in 10 believe so strongly in small business opportunities that they would recommend it as a career to their own children and others.

Perhaps the most dramatic findings in the 17-page survey are the differences in attitude between older and younger entrepreneurs. Those between 18 and 44 years express more optimism than those 45 and older. Specifically, 41 percent of the older respondents don't believe their businesses will be better off in 12 months, while 53 percent of the younger business owners think things will be improved a year from now. Even more striking, in a comparison of business conditions today, 3 percent of younger respondents say things are somewhat or much worse, that's compared to 46 percent of the older decision makers.

Respondents were again split by age when asked about their marketing plans for the next year. More than one third of the younger respondents say they plan to invest more in marketing, while only 22 percent of older decision makers say the same. And younger business owners were more likely to have used online advertising in the past year (45 percent as compared to 32 percent of older respondents); search engine optimization (44 percent versus 30 percent); and social networking sites (27 percent versus 16 percent).

When it came to the growth of online marketing, the survey also showed that young respondents are much more likely than those 45 and older to use online marketing tools in the next 12 months, with social networking figuring in the future plans of 39 percent of young business owners as compared to 27 percent of older respondents.

Citibank conducted the phone survey between March 10 and March 31, and the pool of participants was drawn from 552 small businesses. Respondents included owners, presidents and managers of businesses that claimed revenues of more than $100,000 and no more than 100 employees.