Across the Pond: Where Can I Get an Umbrella Hat?

Nina Kaufman
May 9, 2010 min read
Opinions expressed by Entrepreneur contributors are their own. 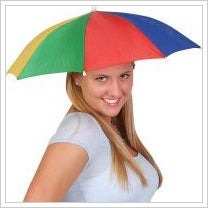 It's all fine to automate and be online, but sometimes, success requires a personal touch. More lessons from the UK campaign trail.

Got four hours of sleep last night and have been pounding the pavement with "Good Mornings" (the name they give leaflets they hand out on the morning of election day) since 6:15 a.m. It's raining harder today than yesterday, and I'm definitely not dressed warmly enough. Who knew it would be late winter in early May? Were I a Hindu goddess, I'd have more than enough hands for juggling leaflets and mail slot shoving, plus a few left over to hold an umbrella. Yesterday's efficiency lessons are no match when you have to add rain avoidance to the mix. Where can I get an umbrella hat?

After the morning leaflet push, we're back at campaign HQ. A whole squad of volunteers has shown up, and we've run out of chairs. The local party leader is talking to us about canvassing. For the rest of the day--until the polls close at 10 p.m.--we need to be out knocking on doors, asking people if they've voted. If not, when they plan to vote. Or do they plan to vote. And do they need help getting to the polling station. My feet are already ready to fall off at the ankles, they ache so much. I adore my friend (whose campaign I'm here to help), but I'm looking forward to this task with about as much enthusiasm as the Battan Death March.

Apparently, polling day canvassing is a regular fixture of British elections. Why this tedious task? Because elections are about personal connections, John warned. Seats can be won or lost by a hair'sbreadth, and each seat is a domino in political fortunes. He regaled us with stories of his young campaign days--namely the 1974 general election that also resulted in a hung Parliament--where knocking on doors made all the difference in getting the turnout that turned the tide of the vote for his candidate. We rolled our eyes at the time, but he wasn't entirely wrong. Several seats in this 2010 election, as it turned out, were clinched with less than a 100 vote disparity--like Bolton West (92) and Camborrne and Redruth (66).

That got me thinking about the importance of the "personal touch" in business. Efficiency is important, but so is making your customers feel special. What do you do to "reach out and touch"them?