By Carol Tice May 24, 2010
Opinions expressed by Entrepreneur contributors are their own. 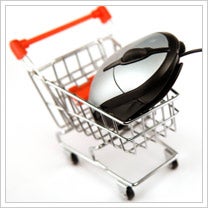 Apparently shoppers' mouse-clicking fingers are recovering from the down economy faster than their legs: E-commerce is up sharply, while retail as a whole is just beginning to rise again.

E-commerce picked up sooner, too--research firm eMarketer reports ecommerce was up 15 percent in the last quarter of 2009, and up 14 percent in the first quarter this year. eMarketer is estimating ecommerce sales will be up nearly 13 percent for all of 2010. After two years of negative numbers, that's a nice bump up.

For contrast, the International Council of Shopping Centers is forecasting brick-and-mortar retail will be up, oh, a big 3 percent or so. Which sector would you rather be in right now?

Online shopping is still just 4 percent of all retailing according to the U.S. Census Bureau, which I find sort of amazing since it seems to be all we hear about. But apparently, this little slice is the place to be right now. And it's still substantial--nearly $39 billion in sales in the first quarter, Census reports. In the first quarter last year, online sales were closer to $34 billion.

This is particularly relevant news for small businesses because almost half of them still don't even have a website, much less one that's ecommerce enabled. If you've been thinking about exploring doing some online selling, now might be a great time to put that plan into action.