One Industry Solves its Healthcare Crisis--Will Yours?

By Carol Tice May 27, 2010
Opinions expressed by Entrepreneur contributors are their own. 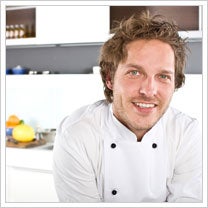 With national healthcare reform a done deal, it's interesting to see how some industries are moving to solve the problem now instead of waiting until 2014. Last week, the restaurant industry made its bold move--the National Restaurant Association announced a partnership with United Health Group that will allow independent, small-restaurant owners to offer their workers affordable health insurance.

Obviously, we'll have to wait and see if restaurant owners bite on this offer. But 13 million people in the industry currently have no coverage, and the Restaurant Health Care Alliance, as the initiative has been dubbed, could ensure as many as six million of them, Nation's Restaurant News reports. It could be a game-changer for the whole restaurant industry, vaulting it out of the ranks of industries with the lowest rates of insured workers offering this benefit.

If the plan works for owners and they sign on, it could change the whole reputation of the industry and raise its cachet. One of the reasons it's generally considered a low-rent place to work is the lack of benefits.

We don't have a lot of details yet, but from what we've seen so far, owners may like the proposal. The plan appears to put most of the cost onto the workers, who could buy health insurance through the NRA plan for as little as $100 a month. No word on what, if anything, the employer would pay.

NPR reported employers could get further discounts on some United plans. It's not universal coverage--United Healthcare can still decline coverage to workers with pre-existing conditions, so it remains to be seen how many workers might gain coverage through the plan. So that limits United's risk in offering the plan.

The idea is to get out in front of healthcare reform with an option that the NRA thinks will be cheaper for owners and help them avoid any penalties for not providing healthcare. You may recall that the restaurant industry fought and lost a battle to have part-time workers excluded from headcounts that decide if you have enough workers to be required to provide healthcare. Instead, they were included in a two-to-one formula--two part-timers equal one full-timer. That means many restaurants will be required to offer it by 2014.

Hopefully, we'll see more creativity by groups in other industries to help their business-owner members solve the healthcare puzzle. Nice to see NRA at least make a stab at getting ahead of this problem. I'll be interested to see what restaurateurs' reaction is to the plan.

What do you think of the NRA's deal with United Health? Will it really help? Would love to see some restaurant owners give us their reactions below.

Dog the Bounty Hunter Says He's Hot on the Trail of Brian Laundrie: 'He Was Here for Sure'