Venture-Capital Fundraising: Which Sectors are Up, Down in '10

Carol Tice
Owner of Make a Living Writing
June 10, 2010 min read
Opinions expressed by Entrepreneur contributors are their own. 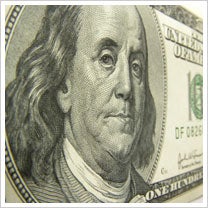 The figures for venture-capital funding for the first quarter of this year are in, and it's a mixed bag. Some sectors are seeing funding increase while others are losing ground. Interestingly, the two biggest sectors didn't gain any ground, while traditionally less-funded industries moved ahead.

A recent report from VC-database firm VentureDeal shows who came out on top.

Telecom/wireless/mobile/communications -- This sector was up 166 percent to $614 million in the first quarter, after generally being in a slump last year. Most of the money went to wireless -- duh! -- which shot up 247 percent and got $441 million. The big deal was AirCell's $176 million round.

Alternative energy/Clean Tech/Energy/Environment was up in both number of companies funded -- a 55 percent rise -- and amount of capital provided, which shot up 210 percent. No surprise VCs are taking more chances here, with the billions in federal stimulus funding pumping into this sector.

Alternative energy -- including solar, wind power and biofuels -- shot up 485 percent and got $579 million, the vast majority of the $719 million the whole sector saw. Most of the investments were in companies based in California and Oregon. Big deals included geothermal company Vulcan Power, which got $108 million from Denham Capital.

Bioech/pharma/medical devices: Funding declined 26 percent in this field, but it still got a big chunk of dollars -- $1.4 billion. The lion's share went to medical-device companies.

Internet/digital media/eCommerce/software: This sector stayed flat at $1.8 billion in funding. So no gains, but it's still the most-funded sector in the VC game. Big deals included review-site Yelp scoring $100 million.