By Carol Tice June 16, 2010
Opinions expressed by Entrepreneur contributors are their own. 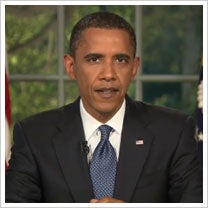 Small business owners may not think the White House has acted quickly or decisively enough to contain the Gulf of Mexico oil spill or to call oil giant BP to account for the disaster. But a large group of them are applauding President Barack Obama's request for rapid Congressional action on new clean-energy initiatives that could create jobs and reduce our nation's oil dependence.

As usual, Obama's call for a major initiative -- this one to move our nation away from buying foreign oil -- was short on details. But his insistence that America essentially get off its duff and get serious about alternative energy was applauded by the 5,000-member organization American Businesses for Clean Energy, which began a campaign to press for just such legislative action back in May.

Formed last fall, the organization includes businesses of all sizes that are committed to reducing America's greenhouse-gas emissions. Big-gun participants include retailers Gap Inc. and Patagonia.

"No other action Congress has on the table before it could mean anything close to the same kind of boost that two million new jobs tied to climate and energy action would bring about," states ABCE's release following Obama's address.

Now, the stimulus bill of February '09 had more than $70 billion in it for clean energy and environmental cleanup, from weatherization and smart-grid electrical projects to research and development initiatives, and another $20 billion in energy-related tax incentives...so I'm a little unclear on how a whole new clean-energy initiative will be different from what's already rolling. We'll see if Congress can even pass swipe-fee reform, much less another sweeping industry initiative. They seem a little tuckered out still from squeezing out healthcare reform.

But as Obama pointed out in his speech, China is currently eating our lunch on clean-energy innovation. Federal stimulus could help American small businesses innovate and bring new energy technology to market that could vault us to the front of this industry, which -- no matter what you think about global warming -- is clearly going to be an important driver of employment in the future.

We'll see whether Congress gets in gear on this one. It'll apparently be months before BP can get its relief well dug and fully stop the spill, so daily news reports on the disaster may help keep this one on the front burner.

5 Strategies for Building a Sustainable Brand for Today's Market

Video customer service, the future of contact centers is here