By Carol Tice July 6, 2010
Opinions expressed by Entrepreneur contributors are their own. 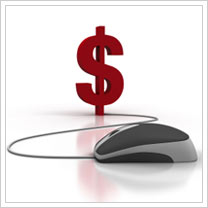 For more than a decade, online retailers have been able to make the case that they can't be required to collect sales tax. With every state, city, and county making its own sales-tax rules, it's just too complicated!

Or was. After many years of effort, a streamlined sales tax bill has been introduced in Congress that aims to take the air out of that argument. The Main Street Fairness Act of 2010 would take a simplified sales tax scheme 23 states are currently participating in and make it a national norm. Presto, end of complexity in collecting sales tax. Pay up.

Rep. Bill Delahunt (Dem-Mass.) introduced the bill. (Is it a coincidence that he's already announced he's not running for re-election?)

Even if the federal bill doesn't go anywhere, ten more states are already considering signing onto the simplified tax program, which sets down agreed-upon tax rates for scores of different merchandise categories. So the movement to collect online sales tax was picking up steam already with states hungry for revenue in the downturn.

Some of the ecommerce giants have been aggressive in defending their right to not collect sales tax, even resisting efforts to get them to help states collect the sales tax from consumers (technically what's supposed to be happening now, except it mostly isn't).

For instance, when Colorado in March told Amazon.com to notify all state residents of their tax owed on Amazon purchases, the company responded by unplugging all the affiliate marketers in Colorado from its system. That way, Amazon could make the case it didn't have a physical location there, a traditional trigger for needing to pay sales tax.

But with more and more states getting on board with the simplified program, this kind of maneuvering probably isn't going to work much longer -- if it ever worked at all for smaller retailers who may do much of their business in a single state.

Upshot: Ecommerce vendors have been on a $23 billion tax holiday that's likely about to end. Time to think about how that'll effect your pricing, marketing, your business in general. Lobbying now might help forestall the inevitable here in terms of the national bill, but online sales tax is probably on its way sooner or later.

Brick-and-mortar retailers say it's about time they got a level playing field with online retailers. What do you say? Leave a comment and let us know.