Tales from the Ryokan

Rosalind Resnick
July 7, 2010 min read
Opinions expressed by Entrepreneur contributors are their own. 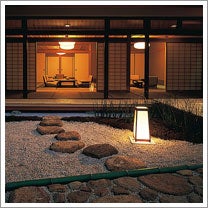 Last month, my daughters and I embarked on a 12-day trip through Japan that took us to Tokyo, Kyoto and Osaka. We returned with suitcases full of presents, a smattering of Japanese phrases and a deeper understanding of Japanese hospitality and culture.

One of the highlights of our trip was our four-night stay at Kinmata, a traditional ryokan (bed and breakfast) tucked away in the heart of Kyoto's main shopping district. Located in a two-story wooden building that once housed a Japanese trading firm, the 209-year-old inn contains a Japanese bath, two tranquil courtyards, a collection of antique furnishings and a gourmet restaurant. The service was impeccable, the food was delicious and even the futon beds that we slept on were surprisingly comfortable.

But what I didn't realize until I opened the small book on my bedside table was that the middle-aged man with the kindly eyes who greeted us at the door was not just the innkeeper. He was the seventh-generation descendant of the man who founded the inn in 1801 and the proud father of a college-age son being groomed to take over the family business.

Here in America, it's unusual for family businesses to last two generations, much less seven. In Japan, there are shops, restaurants and other businesses that trace their origins back hundreds of years. In speaking to its current proprietor, Haruji Ukai, it became clear that multi-generational businesses like Kinmata have some valuable lessons to teach small businesses in the United States about how to survive in even the toughest of times.

Here are three of them:

1. Find your niche. While Kyoto, Japan's former imperial capital, boasts numerous luxury hotels that accommodate thousands of international visitors, Kinmata has chosen to stay small. The inn contains only seven rooms, and innkeeper Ukai, who doubles as Kinmata's chef, prides himself on using only the freshest fish, vegetables and other ingredients in the meals that he prepares. "I continuously pursue the original taste of the natural [ingredients] in the 21st century so that our guests may be satisfied," he says.

2. Provide personal service.While larger hotels rely on concierges to make their guests feel at home, Ukai welcomes each guest personally as he or she checks in. Though he employs a small staff to assist him (along with his wife and mother), he himself carries bags, serves breakfast and fields questions from guests who are trying to find their way around the city.

3. Prepare for the next generation.Because small businesses rarely get acquired or go public, their owners often have no choice but to shut down the business when they decide to retire. At Kinmata, Ukai's son is attending college in New York and perfecting his English with an eye toward spending a few years working at a major hotel in Kyoto before returning to Kinmata to help his father run the ryokan.  Even if you don't have a son or daughter who's willing to take over your business, it's wise to start grooming a successor to take the reins one day.

"We are looking to the future while at the same time devoting ourselves to respecting the traditions of Kyoto and maintaining this delicate cultural asset," Ukai says. "I will try to do my best to pass it on to the next generation just as it was passed on to me."