Carol Tice
Owner of Make a Living Writing
July 21, 2010 min read
Opinions expressed by Entrepreneur contributors are their own. 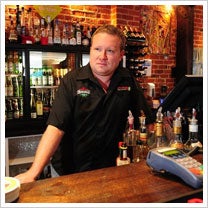 Sometimes it seems like every celebrity and unemployed professional in America sees opening a restaurant as their natural second act. But a new study of single-location restaurants shows the brutal realities of this extremely competitive niche.

To sum up: It isn't easy being a mom-and-pop restaurant owner. Single-location owners have just weathered three consecutive years of declining average revenue -- down 1.8 percent in 2007, 2.5 percent in 2008 and 3 percent last year. This year, IBISWorld is forecasting, things will finally tick up again about 3 percent. Which of course, still leaves operators down nearly 5 percent from where they were in 2006.

The sector has shed more than 5,000 restaurants since 2006, sinking to 197,000 last year. Another study, from The NPD Group, showed the industry lost 5,200 restaurants just in the past year. The loss was almost evenly split between quick-serve and sit-down restaurants.

Despite the presence of Red Lobster and Chili's restaurants on what seems to be every mall corner in America, mom-and-pop restaurants still have a big share of the restaurant market -- more than 62 percent, IBISWorld reports. On the dark side, the industry is considered basically mature -- there's not a lot of room for more restaurants in the marketplace. The average annual growth rate at established restaurants is less than 3 percent.

The typical one-location restaurant brings in less than a half-million dollars a year. Successful operators, IBISWorld says, make the grade mostly because many owners save on labor by putting in a ton of hours themselves.


Whew! Still want to open a restaurant? Leave a comment and let us know what you think about single-location restaurants' future.
More from Entrepreneur