Should Blogs Be Taxed?

Rosalind Resnick
August 22, 2010 min read
Opinions expressed by Entrepreneur contributors are their own. 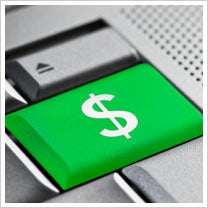 Last week, a friend of mine sent me a story from a local paper quoting several bloggers complaining about letters they received from Philadelphia tax authorities demanding $300 for the privilege of doing business in the City of Brotherly Love.

"The real kick in the pants," says Marilyn Bess, who claims she's only made about $50 from her environmental blog, MS Philly Organic, over the last few years, "is that I don't even have a full-time job, so for the city to tell me to pony up $300 for a business privilege license, pay wage tax, business privilege tax, net profits tax on a handful of money is outrageous."Blogger Sean Barry, who writes the blog Circle of Fits, says he netted a meager $11 over the last two years from the banners displayed on his Blogspot site."Personally, I don't think Circle of Fits is a business," Barry told The Philadelphia City Paper. "It might be someday if I start selling coffee mugs, key chains or locks of my hair to my fans. I don't think blogs should be taxed unless they are making an immense profit."

The City of Philadelphia, for its part, disagrees.While bloggers like Bess and Barry may not be making much money now, the city requires "privilege licenses" for any business engaged in an "activity for profit." And that includes putting up banners that generate revenue for the blog's owner any time a visitor clicks through to an advertiser's web site.

Now, don't get me wrong. I've never supported the kind of municipal tax policy that takes bread off the table of artists, writers, freelancers and other small business owners who can least afford it. For example, New York City refuses to recognize S Corporations, forcing thousands of local businesses to pay tax on company profits that would escape double taxation almost anywhere else in the country. Hence the city's unofficial slogan, "If you can make it there, you can make it anywhere."

But, like every issue, there's another side to the blog tax story. Since the recession hit two years ago, cities and states have been hurt by corporate layoffs that have caused payroll tax revenue to shrink. At the same time, local governments have been saddled with the burden of paying out unemployment benefits to millions of local residents who still haven't found jobs. In the meantime, many laid-off employees are now freelancers and independent contractors who are still living and working in the same cities and states that provide them with roads, schools and other essential services.

That's why I think it's only reasonable to ask small business owners who can afford it to pay their fair share. I like the proposal introduced by Philadelphia City Council members Bill Green and Maria QuiÃƒÂ±ones-SÃƒÂ¡nchez in June to reform the city's business privilege tax to make the city a friendlier place for small business. If the bill passes, bloggers will still have to pay to get a license if their sites are designed to make money but would no longer have to pay taxes on their first $100,000 in profits.