By Carol Tice September 20, 2010
Opinions expressed by Entrepreneur contributors are their own. 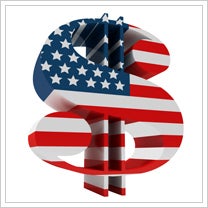 After a seemingly endless slog through the hallowed halls of our federal legislature, the long-promised $30 billion in funding for community banks passed the Senate and will likely make a quick trip to President Barack Obama's desk. Now the questions begin.

First off, will it work? Will the money make its way to small businesses the way it's supposed to, and help them grow? We'll see how the final bill is formulated when it goes through the reconciliation process -- last I saw, it didn't compel the banks to lend the money out. They could use it to simply bolster their assets (drained for many banks by bad real-estate loans), or for mortgage loans, or whatever they please.

But an even more interesting question is bubbling up recently: Was this even the best way to help small businesses? In an interesting recent blog, Amplifier Venture Partners founder Jonathan Aberman argues that the money would be better spent handed over to early-stage venture capitalists. With many VCs feeling more cautious these days and shifting their focus to later-stage companies, the startups that have traditionally been a major engine of job creation are left to wither. So federal intervention to assist VCs in seed investments might create more jobs than simply making more bank loans available to existing businesses -- many of which don't currently have the revenue or assets to qualify for a loan.

Another idea: Give the money to business incubators instead. The number of business incubators has boomed -- there are now more than 1,200 of them, Bloomberg BusinessWeek reports -- and they have a solid track record of helping startups launch successfully. What if we took the $30 billion and gave those incubators more capacity to help entrepreneurs? Many state governments have successfully developed incubator programs to help dying industries revive and to fuel new-job creation in their states. The Feds could possibly just piggyback their funding and ramp those incubators to greater success.

What do you think would be the best use of the $30 billion in stimulus funding currently headed to community banks? Do you think the bank funding will result in more small-business loans? Leave a comment and let us know.