Getting the Banks to Ante Up

By Rosalind Resnick September 29, 2010
Opinions expressed by Entrepreneur contributors are their own. 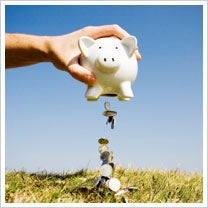 If you think your business is having a tough time getting the best bank financing, talk to Dennis Rosenthal.

Rosenthal's company, JonKeith Communications, a New York City IT consulting firm, persuaded his bank to lend him $23,000 to pay off his credit card debt last year. But after everything he had to go through, he's not sure if it was worth it.

When Rosenthal first heard of the SBA's America's Recovery Capital Loan Program (ARC), which offers loans of up to $35,000 to small businesses that have been profitable for two of the last three years, he thought his company was the perfect candidate. While JonKeith had been in the black in 2006 and 2007, revenue declined when the recession hit in 2008, leaving the company with $35,000 in debt on three business credit cards.

In order to get the loan, Rosenthal was given a mountain of paperwork to complete.

"There was a tremendous amount of forms for a small amount of money," including three years of tax returns and detailed financial projections, Rosenthal told Crain's New York Business. He set his sights on J.P. Morgan Chase, which was not only a participating SBA lender but also the bank that housed his company's checking account. His application was denied.

Stunned, Rosenthal fired off a letter to J.P. Morgan CEO Jamie Dimon, protesting the decision and copying several members of Chase's board. Six weeks later, his application was approved--for $23,000. The money didn't go to him but to the credit card companies.

Chase told Crain's it couldn't comment on Rosenthal's case, but said that the bank "worked hard to meet the detailed requirements of the ARC program and made the most ARC loans of any bank in the country."

Today, Rosenthal has moved away from software and hardware installation to pure consulting in an effort to limit the amount of capital required for upfront IT purchases. His company rang up sales of $152,000 last year.

Was it worth the hassle and the paperwork to get his bank to cough up $23,000? Probably not, Rosenthal says. "It's hard for a service business to get bank funding."

I think the moral of the story is clear. If the feds are serious about getting banks to lend to small businesses, they've got to do more than prime the pump with stimulus dollars. They have to get rid of the red tape and the paperwork--and make it as easy for small businesses to get out of debt as it was for the banks to get them into debt in the first place.