Will You Make a Seasonal Hire?

By Carol Tice September 30, 2010
Opinions expressed by Entrepreneur contributors are their own. 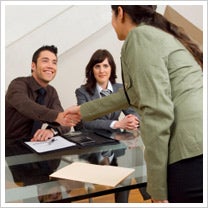 It was forecast to be a season of gloom for workers who like to snag a few months' pay during the retail holiday season. But then a funny thing happened: Big retailers announced some massive hiring programs. It appears quite a few of the big chains are expecting this December to be bigger than last year's.

At Macy's, they're bringing on 65,000 seasonal workers, for instance, an increase from last year. Toys "R" Us decided to open 600 pop-up stores in malls and hire 45,000 people to staff these new stores plus their big existing stores. Walmart and Jo-Ann Stores are among the other chains with big hiring plans.

What this means for smaller retailers isn't altogether clear, though.

It's true that retail sales have been going up for a couple of months now, after bogging down in late spring. But some are still nervous that the economy continues to bounce up and down. How this holiday season will go is really anybody's call.

Not every big chain is thriving, either. Blockbuster just filed for bankruptcy and will likely close many stores. The National Retail Federation is forecasting just a 2.5 percent rise in sales this year -- which given how far down sales fell, isn't exactly exciting.

More and more retailers are taking advantage of advances in supply-chain logistics to put off ordering for the holidays later and later. But when it comes to finding and training workers, it can't be so easily posponed. Most holiday hiring needs to happen in late October and early November. So the time to review resumes is fast approaching.

Small companies that want the best seasonal hires will be competing with the big major-retailer hiring programs. It might be smart to hire a bit earlier, if you think you need seasonal help.

The downturn, of course, isn't equally applied everywhere, either. To me these national-trend forecasts aren't that useful in figuring out a small retailer's holiday hiring plans. What really matters for many retailers is what's happening in their state, their town, even their neighborhood.

What's your prediction for the holiday shopping season ahead? Leave a comment and let us know the outlook in your town.