By Carol Tice October 4, 2010
Opinions expressed by Entrepreneur contributors are their own. 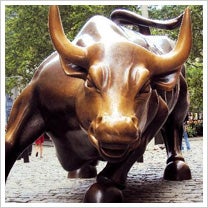 An odd little initiative was announced last fall to help small businesses, and it came from an unlikely quarter: investment bank Goldman Sachs teamed with uber-investor Warren Buffett to offer $200 million in free college training courses for entrepreneurs. Another $300 million in loan funds was part of the deal. The initiative, dubbed 10,000 Small Businesses, was widely derided as being good-PR cover for the huge bonuses Goldman was paying its execs with its bank-bailout money.

And maybe it was...but it turns out Goldman wasn't kidding about the training. After 20 weeks of training at La Guardia Community College in New York, the first 23 graduates of the 10,000 Small Businesses program recently got their diplomas from Buffett himself. This first graduating class provides an opportunity to learn more about who is benefiting from this initiative -- and who isn't.

The program's focus is on inner-city colleges and students who otherwise might not have the opportunity to build their business-management skills. 10,000 Small Businesses asked the nonprofit Initiative for a Competitive Inner City to help select the entrepreneurs who qualified. The college reports initial graduates include an East Harlem cafe owner, a metal fabricator from Brooklyn, and a security-agency owner in the Bronx.

The program isn't aimed at wannabe entrepreneurs so much as established business owners looking to grow. Here's one case study LaGuardia highlighted:

10,000 Small Businesses graduate Sharon Sinaswee worked for ten years in the plumbing industry before founding Armada Building Services, a building maintenance and janitorial services company based in Manhattan, in 2006. She applied to 10,000 Small Businesses to learn how to position her quickly expanding company. Acting on advice she received during one of the program's clinics, Sharon recently established a pool of handymen who can be on call for short-notice jobs. She also hired two new staff and secured a substantial contract with Queens Hospital Center, the first government contract for her rapidly growing business.

She said: "Before I started the program, I was working hard, but I didn't know where I was going. Now I have a vision and a plan for growing my revenue and hiring new employees."

Sounds like a great program. Too bad it's not available yet much of anywhere.

Besides La Guardia, the only other place 10,000 Small Businesses has gotten set up is in the Los Angeles area. In June, Goldman Sachs announced that $20 million of the funding is going to Community Development Financial Institutions, or CDFIs, in L.A. County to help businesses gain access to capital. In addition, entrepreneurial training courses similar to La Guardia's will be offered at Los Angeles City College, Los Angeles Southwest College, and in The Long Beach Community College District this fall.

The L.A. program is admitting business owners with revenue between $150,000 and $4 million last year. Your business needs to be at least two years old and operating in an "economically underserved area."

The report card nearly a year in: Sounds like an impactful program, but it appears that at most 20 percent of the money promised has actually been spent. Let's hope Goldman gets the rest of the money promised for this program out into economically distressed communities shortly -- or they'll prove their critics right.