The Downturn Brings Out the Dark Side of Being a Franchisor

By Carol Tice October 25, 2010
Opinions expressed by Entrepreneur contributors are their own. 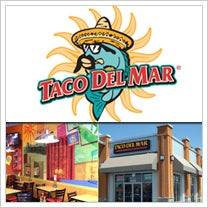 If you're thinking of franchising your business, first consider the story of 18-year-old Seattle fast-Mexican franchisor Taco Del Mar. After solid success with its fun, Baja-style burrito concept, the company franchised and exploded in size to 225 restaurants by 2008.

But then, everything changed for the budding chain founded by brothers James and John Schmidt. The company, including 22 corporate stores, went bankrupt earlier this year and was sold off for a paltry $3.5 million this month. I've been following the Taco Del Mar story for more than a decade. You had to root for a scrappy Mexican chain from the unlikely Northwest with fun branding -- "discover your inner Baja!" ads exhorted -- and delicious, affordable quick-serve food that was a serious cut about the big burger chains in quality. My kids beg to go there over McDonald's, any chance they get.
The brothers made some missteps along the way, at one point adding their first stores outside Seattle all the way out in Boston. That flopped, and the company regrouped. Then they became a franchisor, and began slowly adding units fanning out from headquarters. All seemed to be going well.

But along the way, the pace of handing out franchises got too fast. Iffy locations were chosen and subpar franchisees were signed.

Eventually, the economy tanked. Taco Del Mar was tripped up by a facet of franchisor operations I bet many of the hard-sell franchise packagers out there don't explain to companies looking at franchising their business.

This usually doesn't matter much -- in good times, the restaurants flourish. If there's a couple of bum franchisees, the company takes back the store as a corporate unit and then often resells or "refranchises" it. In good times, a chain can make mistakes, the restaurants keep operating and the lease goes back to being a franchisee's responsibility. There's no big hit to the corporate bottom line.

All of a sudden, in 2009, Taco Del Mar had scores of restaurants that weren't making it. Buyers to take over the restaurants were scarce.

And the company was on the hook for all the leases. Legal costs mounted as landlords sued TDM for unpaid rent on leases for now-closed or floundering franchisee stores -- and the landlords won. TDM's guarantee was in their contract, after all. Judgments piled up.

All of which led to the outcome -- the Schmidts lost control of the great concept they dreamt up. If they'd stayed a company-owned, smaller regional chain, they might well still be thriving today. But the siren call of becoming a national chain hit drew them to try for the big time, and lured them onto the rocks.

Of course, Taco Del Mar is far from the first chain to file for bankruptcy in bad times. Denny's, Boston Market, and Mrs. Fields have all made a trip through Chapter 11. But they were able to reorganize and continue.

For TDM, debts of up to $10 million were too much to overcome.

The good news for fans of TDM is most of its stores live on. The brand is now owned by Franchise Brands, a multi-brand franchise company designed to help Subway franchisees diversify their eateries.

But it's a sad ending to what could have been a great entrepreneurial story -- and a cautionary tale for those with dreams of becoming a national-franchise powerhouse.