What the Bosses Learned from 'Undercover Boss'

By Carol Tice November 1, 2010
Opinions expressed by Entrepreneur contributors are their own. 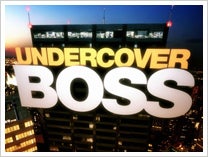 If you've been riveted by the company failings highlighted by the reality-TV series Undercover Boss, we've got more dirt for you. The CBS production team has written an accompanying book that reveals what the bosses learned from their adventures posing as line workers at their own companies.

Ã¢Â€Â¢ Waste Management president and chief operating officer Lawrence O'Donnell III uncovered wage/hour abuses during his stint sorting cardboard and riding trash trucks on the show. He also discovered women were ill-treated -- one showed him the coffee can she had to use as a urinal on the job. He managed to improve how women were treated and fix the time-card problem at one plant, which boosted morale and productivity there, and the plant won an award for excellence.

He also may have gotten a swelled head -- he resigned last June to pursue a CEO job, but hasn't resurfaced since. Note to O'Donnell: Regular folks who want a better job usually keep working until they've got it lined up.

Ã¢Â€Â¢ Hooters CEO Coby Brooks may have been one of the most embarrassed chief executives in the whole series, after discovering the demeaning treatment the chain's scantily-clad waitresses received. He found one manager compelling his Hooters Girls to have a no-hands, baked-bean-eating contest.

Since the show, that humiliated manager, Jimbo, had to formally apologize to his staff. He's since slunk off and left the company -- no surprise.

Despite the cringe-inducing revelations, Brooks apparently thought the experience was a useful one for his organization. He's since instituted a new program that requires Hooters management to rotate out into the field twice annually and work in the restaurants, "in order to get a sense of the real-world problems and issues facing our employees."

Ã¢Â€Â¢ 7-Eleven president and CEO Joe DePinto made doughnuts and worked other front-line jobs in 7-Eleven convenience stores. Along the way he found some problems, such as sandwiches being tossed instead of donated to local food banks as company policy required. He also got to meet a lot of amazing workers -- the cashier with only one kidney who sold rafts of coffee with her cheerful personality; the Pakistani immigrant working and going to school to try to better himself; the baker striving to become an illustrator.

Many of the people he met got a career break, including the baker, who is now a freelance illustrator for 7-Eleven. This story made me wonder how many other great workers are out there in a huge company like this, whose talents will never be fully utilized by the organization. There should be a systematic way for companies to learn about their workers' interests and career aspirations, rather than their having to stumble onto good fortune when their boss visits icognito.

As a small-business CEO, it's harder to anonymously pose as a new hire. Usually, everybody knows your face. You're also probably more aware of what workers do at your company than some of these out-of-touch bigger-company bosses. So most entrepreneurs will probably have to extrapolate from the lessons of Undercover Boss, since owners can't really do this themselves.

But it might pay off to work that front counter or warehouse sometime, if you get a chance. If these bosses' experiences are any indication, the boss doesn't always know what's really going on. You might learn more about a great worker, or a policy that needs changing.

"Now that I've actually made a connection with the people who do the hard jobs at this company," Waste Management's O'Donnell says, "I'm going to be a better manager. I have a whole new appreciation of the impact my decisions have [on workers]."

Have you done one of your company's front-line jobs recently? If so, what did you learn? Leave a comment and tell us about it.