The Future of Marketing: An Expert Forecast

Carol Tice
Owner of Make a Living Writing
December 3, 2010 min read
Opinions expressed by Entrepreneur contributors are their own. 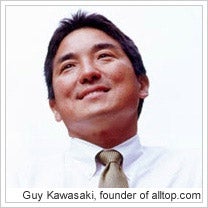 Recently, I took a listen to a virtual conference on where marketing is headed. The Future of Marketing event featured 60 marketing experts who each were given only one minute to speak about the most important trend they see in marketing. With TV fragmenting, Hulu, social media channels galore, where is it all heading?

Here are just a few of the predictions that came out of the event:

-- Weaving together a variety media into a cohesive campaign. Ford Explorer 2011 did this for its launch, which took place in eight cities and on Facebook. Scott Monty of Ford Motor, who writes The Social Media Marketing Blog, called it "using paid, earned and owned together." He reports: "By integrating our ad buy into our own content and into Facebook and using broadcast and PR, weaving it all together, we actually ended up with a one-day hit that got us greater exposure than a Super Bowl ad."

-- More testing. Anne Holland of WhichTestWon stressed the need for testing: "Research shows if you run A/B tests on an ecommerce site that hasn't been tested before, you'll increase sales by 20 to 25 percent."

-- Social search. Lee Odden of TopRank Marketing is focused on how customers are searching sites such as Facebook or Twitter, not just on Google. "If companies can make it part of the social experience," he says, "I think it'll serve as a true channel for social media [return on investment]."

Ann Handley of MarketingProfs was on a similar wavelength: "Good content shares or solves.  It doesn't shill. In other words, it doesn't hawk your wares or push out sales messages. It creates value by positioning you as a remarkable and valuable source of vendor-agnostic information."

-- Targeting influencers. Laurel Touby of MediaBistro offered this tip: There's a tool to find the most influential customers in your database -- known as "supernodes" -- called Flowtown. "You might want to try Flowtown for your next email campaign and hone in on those influencer customers."

-- More blogger outreach. Chris Abraham of Abraham Harrison says "reaching out to bloggers and getting earned media mentions is much easier than you think. Find everybody you can remotely think of who is a viable candidate in their writing and their readership and reach out to all of them."

-- More targeted tactics. Guy Kawasaki, founder of alltop.com and author of the new book Enchantment says to think about how to promote new products: "Web site versus Facebook fan page. I vote for Facebook fan page these days."

What's the future of your company's marketing? Leave a comment and tell us what you plan to change in 2011 in how your company reaches customers.
More from Entrepreneur