A New Era in Customer Service

Carol Tice
Owner of Make a Living Writing
December 10, 2010 min read
Opinions expressed by Entrepreneur contributors are their own. 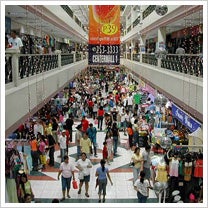 Great, personalized customer service has long been the one thing brick-and-mortar retailers have going for them over online stores. Ah, the thrill of having an actual live human answer our question immediately, rather than browsing through reams of FAQs for an answer or sending an email to a faraway help desk online!

Or that's been the conventional wisdom.

It appears that somewhere along the way, ecommerce retailers have gotten their act together. This year, the National Retail Federation's annual list of the top 10 retailers for customer service is dominated by online retailers.

The rankings will be announced in January, but the NRF has already put out their list of the 10 retailers who will be winners. They include Amazon.com, Newegg, Overstock.com, and Zappos (now part of Amazon). Also on the list: QVC, which sells online and on TV, and LL Bean, which sells mostly online and through catalogs -- it only has roughly 30 physical stores.

Lands' End also lands on the list, which is interesting. Their physical presence is now mostly inside Sears stores (not known for their standout service). Perhaps they made it more from the positive remarks of their catalog customers. Just three retailers on the list have deep roots in retail -- JCPenney, Kohl's, and Nordstrom -- operate both in stores and online. Which makes me wonder what's happened in traditional customer service that ecommerce companies can dominate this list. One possibility is that customers' definition of good customer service is changing. Now, clearly for some, it's free shipping and not having to leave the house. It's live chat on my screen, instead of a personal shopper. It's an online database that allows me to pull up the product I want instantly, instead of browsing the aisles. Also, online retailers have upped their game over the years. It used to be a customer-service nightmare if you had a problem with something you bought online. Now, many of the big operators make it a breeze to return things or talk to a customer-service rep.

How do youhandle customer service? Have you changedthe wayyou interact with customers? Leave a comment and let us know what you think makes great customer service today.
More from Entrepreneur