Do You Suffer From These Leadership Blind Spots?

Carol Tice
Owner of Make a Living Writing
December 29, 2010 min read
Opinions expressed by Entrepreneur contributors are their own. 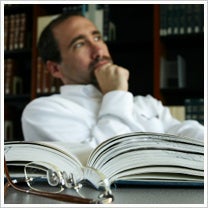 As the year winds down, it's time to look in the mirror at ourselves as business owners. It's an opportunity to look back and evaluate how well we've done as business leaders in the past year. As former New York Mayor Ed Koch used to ask city residents, it's time to ask: "How'm I doin'?"

The turning of the year is an opportunity to think about our strengths and identify our weaknesses -- the blind spots in management skill that may be keeping our businesses from being more successful. In a recent article for GigaOM, entrepreneur Amber Singleton Riviere of Upstart Smart identified three common leadership blind spots. I've got a few more ideas on leadership shortcomings, too.

See if you recognize yourself in any of these:

Throwing in the towel: Reviere names "giving up too soon (or not planning to weather the first years)" as her No. 1 blind spot. I've encountered many entrepreneurs over the years who were afflicted by this problem. One tale that left an indelible impression on me concerned a friend's cousin who was starting an Italian restaurant. His name, menu, and location were all great. But the months went by as they built out the restaurant, they had construction delays...and they ran out of money. They never opened the doors.

Many startups underestimate how much capital it will take to get them to profitability (or even to opening day). Others close up shop when the going gets tough, rather than getting out and marketing harder.

No consistent, active marketing: I wish I had a dime for every solopreneur I've met during the downturn who complained to me that business was bad, but also revealed they had no marketing plan. At most, they'd done some sporadic marketing in a scattershot way.

They seemed to have forgotten that no consistent marketing = no growing customer base. Many were simply waiting for the luck fairy to bring them some customers, which worked in the past, but doesn't anymore.

You don't delegate. Entrepreneurs are famous for this one, aren't they? It's easy to fall in love with the idea that nobody does marketing/networking/coding/you-name-it as well as you do.Then, you end up losing business opportunities because you haven't offloaded tasks that could be done by others and freed you to find new customers.

So help the economy -- hire an errand-runner, a virtual assistant, or maybe a college intern who can tweet for you. Free up your time for core business activities that really need the owner's touch.

Failure to communicate. Entrepreneurs can get up in their own heads sometimes, and their teams are left in the dark. This leads to a whole legion of problems -- disgruntled workforce, turnover, and poorly executed business initiatives.

Poor time management. There's a reason a legion of business coaches and consultants keep earning -- it's because so many entrepreneurs are bursting with ideas, but can't prioritize. If you can cut down on distractions and focus the bulk of your time on activities that are core to generating business or improving profits, your business will thrive.

Lack of analysis. Do you know who your most profitable customers were last year? Your most profitable product? Have you done market research to discover which potential new product or service your customers would love most? It's easy to just trudge through the days keeping the doors open, but without stopping to analyze what you've done and what's getting results, it's hard to move the business forward.

What do you think is the biggest blind spot for entrepreneurs? Leave your suggestions in the comments below.
More from Entrepreneur