Which Federal Regulations Burden Your Business Most?

Carol Tice
Owner of Make a Living Writing
January 5, 2011 min read
Opinions expressed by Entrepreneur contributors are their own. 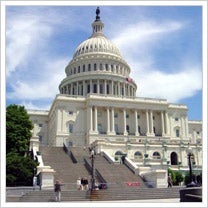 Every entrepreneur who wanted Republicans to regain power in Congress, take note: Your moment has come.

Rep. Darrell Issa (R-CA) is on the war path to cut federal red tape -- and he wants your input.Issa, who now heads the House Oversight and Government Reform Committee, sent letters to more than 150 businesses, trade organizations, and industry think tanks asking for their feedback on which regulations are hurting jobs and causing the most problems. Who got the letter? The Web site Politico reports recipients included Bayer, Toyota, Duke Energy, the National Association of Manufacturers, and National Petrochemical & Refiners Association.

The focus appears not to be a review of all of government regulation, but instead looking at what recent laws passed by the Obama administration might now be undone. The nonprofit news agency ProPublica reports in fiscal year 2010, federal agencies created 43 major new rules. For example, petroleum groups identified new EPA rules on greenhouse gases as a big burden.

Issa's stated purpose is to find ways to remove burdens that are stifling job creation. Or is it really a campaign to negate the Obama agenda and pacify the Republican party's big-business backers? Depends on whom you ask.

One troubling thing about the anti-regulation campaign is that the participants in the dialogue all seem to be mega-businesses, or groups that represent big business. Maybe Issa needs to hear a bit from small businesses, too. Just because you didn't get a letter, doesn't mean you can't drop him a line.

For small businesses, often there are bigger regulatory burdens at the state or local level. But it sounds like federal regulatory tinkering is what's on the menu.

What do you think is the most burdensome federal regulation? Leave a comment and let us know what you'd change.