Carol Tice
Owner of Make a Living Writing
January 18, 2011 min read
Opinions expressed by Entrepreneur contributors are their own. 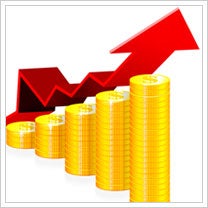 All through the recession, small businesses have struggled to find the capital they needed to grow. But as 2010 drew to a close, business owners reported their access to capital is improving.

Helping to make the frozen lending wheels turn again are several new sources of federal backing for small-business lending in the past year. Here's a look at the positive recent developments:

A monthly survey by the National Federation of Independent Business (NFIB) that's been conducted for decades has tracked the gloom straight through the downturn. But the  NFIB  December economic report had good news recently: more than 90 percent of owners surveyed said all their credit needs were met, or they were not currently interested in borrowing money. A record 53 percent said they did not need a loan, another positive indicator of recovery in the small-business sector.

Only 4 percent of respondents said access to credit was their number-one problem. On the dark side, 30 percent of business owners said weak sales are their top issue. So part of the credit rebound may be happening just because owners know they don't have enough revenue coming in to secure a loan, so they're not even trying to get one.

Also hinting this is the case -- a record low of 28 percent of owners reported they are borrowing money on a regular basis. So most are sitting tight with whatever credit they have, be it bank loan, cash advance, or business line of credit.

Alternative lenders played a growing role in getting money to business owners.

If you are looking for a new money source, banks are looking better than they have in a long while. Community banks got access to $30 billion in new federal funding for small-business loans this summer, and the money is starting to trickle out to entrepreneurs. If you're a small business interested in exporting, $2 billion in new funding targeted at helping small businesses sell abroad was approved earlier this year.

In addition, banks started easing their credit requirements for loan approval earlier this year. Some banks announced small-loan programs aimed at small business. For instance, Citi committed $200 million to small-business lending through its Communities At Work fund and by November, $60 million had been loaned by Citi's microcredit partners. JP Morgan Chase says it did a whopping $10 billion in small-business lending in 2010, up 40 percent from their lending to the sector the previous year..

The Small Business Administration won changes to its loan rules that will make more money accessible to entrepreneurs. The limit to how much you could borrow in SBA's popular 7(a) loan program, which can be used by startups, increased from $2 million to $5 million. SBA's microloan program got $47 million in new funding and increased its loan limits from $35,000 to $50,000. The changes mean more business borrowers' credit needs can be met by an SBA-guaranteed loan -- and that increases your odds a bank will take a risk on you.

In all, the lending wheels are starting to turn again, even if they're turning slowly. It's still a far cry from the small-business lending volume of 2007, but better than it was in '08 and '09.

Does your business have all the access to capital it needs? Leave a comment and let us know.