The Blockbuster Retail Holiday Season of 2010 - Fluke, or Trend?

Carol Tice
Owner of Make a Living Writing
January 19, 2011 min read
Opinions expressed by Entrepreneur contributors are their own. 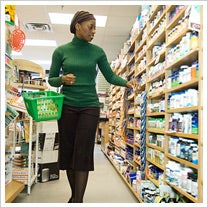 There was a lot of nervousness going into the holiday season. Would shoppers finally come out and spend? The answer turned out to be a big "yes."

Cautious forecasts such as the 3.3 percent predicted by the National Retail Federation were blown out by the reality -- retail sales were nearly 6 percent higher in December than in December 2009.

The question is, was that a blip on the retail radar, or is the recovery finally arriving for retailers? I'll give you an anecdotal report that explains why I think it's the start of something big.

I live on a small island with only 25,000 in population, which means restaurants are always struggling to stay in business. We just don't have quite enough residents for many eateries to stay afloat.

Yet I took my family out to the new Japanese restaurant recently on a weekday night -- and we couldn't get in, because they were completely booked. I mean, jammed to the walls!

Another recent evening, we tried the new Northwest/locally sourced/organic dining emporium. They also were booked up.

Finally, this week, we tried a long-established waterfront bar and grill. It'll be a half-hour for a table, we were told.

Three sold-out restaurants in a row, all on weeknights? I've never seen the like in 15 years of living here.

My gut says: Things are turning around. There's a rule in retail that consumers can only sit on their wallets so long before clothes look worn, appliances break, and pent-up demand for new products starts driving consumption again.

I think that point has arrived.

The case for gloom

There is a body of more measured, national evidence for the idea that the holidays were merely a bright spot in what might continue to be a gloomy retail picture.

For instance, the Conference Board's confidence index remains low, and declined in December.

Also, consumers' savings continue to shrink. That could trigger another round of budget-cutting at kitchen tables across America.

So shoppers may have just gone in for a burst of retail therapy to brighten their winter days, and a crash could be ahead.

Do you think retail has bounced back, or were the holidays a fluke? Leave a comment and let us know.
More from Entrepreneur