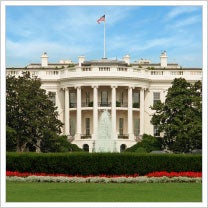 On the heels of President Barack Obama's big State of the Union address last week, during which he talked up the vital role of entrepreneurs in the recovery of the U.S. economy, the White House announced today the launch of an initiative designed to give small business an important jolt.

Called Startup America Partnership, the White House says the program aims to bring together top entrepreneurs, startup firm funders, CEOs, university presidents, foundations and other leaders to "help entrepreneurial companies start or grow" in the private sector. The partnership will be chaired by AOL co-founder Steve Case and will receive launch funding from the Case Foundation as well as entrepreneurship organization the Ewing Marion Kauffman Foundation.

So far, more than a dozen companies and other organizations have agreed to participate, including several major corporations. IBM says it will invest $150 million this year to fund programs that promote entrepreneurs and new business opportunities in the U.S. Facebook is expected to launch "Startup Days," a series of events designed to provide entrepreneurs "with access to expertise, resources and engineers to help accelerate their businesses."

Obama came under fire from a number of small business groups after his State of the Union address. Among them, the Small Business and Entrepreneurship Council called on the president to expand his "rhetoric" into actionable plans to encourage entrepreneurship.

The White House hasn't been the only group busy hammering out programs to get small business booming. Several recent state-level initiatives/policies point to a trend that's snowballing.

In Maryland, Governor Martin O'Malley met with 80 local business owners late last week about launching "Business in Maryland Made Easy," an economic development initiative aiming to improve conditions for current and prospective small-business owners in the state.  Among the projects under its umbrella, the program will look to create a centralized, online system for business owners to complete and submit various applications for licenses and permits.

On the West Coast, banking services company Chase said last week that it has donated $3 million to San Francisco's Opportunity Fund, a non-profit lender to small businesses. The grant is the largest in the fund's history and will be used in part to create the "GreenforGreen" loan program, which will help small businesses reduce their energy costs.

And in Wisconsin, the state's Assembly and Senate agreed recently to increase the amount available for economic development tax credits from $75 million to $100 million. "Increasing the amount of economic development tax credits increases the opportunity we have to help businesses grow and create jobs," Governor Scott Walker said in a statement. "As Wisconsin opens for business these additional resources will help us reach our goal of freeing the private sector to create 250,000 new jobs."

Are there any new small business initiatives taking root in your home state? How are you taking advantage of them?

RELATED:
Obama Talks Up Entrepreneurs During State of the Union Address
Will Obama's New Grant Programs Make You Innovate?