The Taxman Cometh in 2011 for Online Entrepreneurs

By Carol Tice February 7, 2011
Opinions expressed by Entrepreneur contributors are their own. 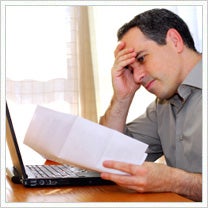 Since the dawn of the Internet, small retailers have lived in a magical, tax-free bubble. First off, they didn't collect sales tax -- an advantage that is likely to be gone shortly, with the inevitable approval of the Streamlined Sales and Use Tax Agreement currently before Congress. Some individual states aren't waiting and are already pressing for sales-tax collection on online sales.

But even more, small e-tailers didn't pay income tax. Ecommerce platforms such as PayPal were not obligated to send the IRS reports on its users' income. It was, as they say at the casinos, a cash business. If you neglected to mention on your tax return your income from selling ebooks or garage-sale merchandise you put on eBay, the IRS was none the wiser. You were under the radar.

For anyone who makes even a modest amount selling online, that income-tax holiday ends this year. Unlike the new rule demanding a 1099 form for every vendor you pay at least $600, there's no outlook that income-tax reporting for ecommerce sales will be repealed. It's here to stay.

Here's what you need to know:

Starting this year, PayPal, Amazon Payments, and other similar electronic-payment platforms are obligated will begin reporting to the IRS any account that earned more than $20,000 selling more than 200 individual items. Banks and debit-card providers will also be sending forms recording income that flowed into merchant accounts.

Why is this happening? Our government needs money to help dig us out of debt, and taxing previously hidden revenue is one of the IRS's top priorities. Of the $290 billion in unpaid taxes the IRS estimates our nation is owed each year, 40 percent is attributed to underreported taxes that should have been paid by small businesses and the self-employed. The agency is out to fix a lot of that problem by starting to capture income tax from ecommerce sales.

Translation: Anyone with even a serious part-time ecommerce business they're running on the side is going to be getting a 1099 next year about this time. If you are self-employed and haven't been paying income tax on this revenue, you need to learn about self-employment tax. That's the type of tax you'll owe on your online income.

You may be able to pay annually your first year, but after that you'll have to estimate and pay tax on ecommerce revenue quarterly, based on your sales this year.

Take a look at your tax rate from last year and the amount you made selling online. Do the math, and you've got a guesstimate of what you will owe. Plan accordingly, whether it's raising your prices, finding cheaper vendors, cutting other expenses, or finding ways to sell more to make up for what you'll lose in taxes.

While e-tailers may be steamed at this new 1099 requirement -- which was shoehorned into the healthcare reform bill -- traditional retailers are no doubt breathing a huge sigh of relief. A very unlevel playing field will take a big step toward getting level again when PayPal starts sending 1099s.

Will the new income-tax law for ecommerce sales affect you? Leave a comment and let us know your reaction.