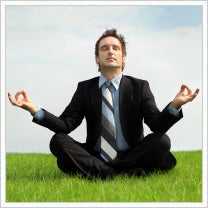 Navigating the ups and downs of the economy and the credit markets over the last few years has been a lot like riding one long roller coaster for many small-business owners. But confidence looks to be on the rise, according to the National Federation of Independent Business. The group announced today that its Index of Small Business Optimism cycled up 1.5 points last month, reaching 94.1 -- the highest it's been since the beginning of the economic recession.

Industries such as manufacturing and exporting, which aren't necessarily labor intensive, are "leading the recovery," NFIB chief economist Bill Dunkelberg said in a statement. But while small-business optimism might be climbing out from the depths, the results were blunted by a general skepticism about the future and a continued hesitancy to spend and hire.

Indeed, the report says job creation continued to decline in January, with the average employment change per firm dropping to -0.15 employees over the last three months. In terms of capital spending, the NFIB says small business remain in "maintenance mode" and are generally still unwilling to risk making new investments and/or don't see a need for them. Earnings expectations improved 6 points to -28 percent, but the majority of respondents indicated that earnings are in fact deteriorating quarter-on-quarter.

The NFIB says that while owners reported higher nominal sales over the last three months (up 5 points for a net -11 percent), sales trends overall "do not appear supportive of a widespread recovery in the small business sector."

The NFIB's Index of Small Business Optimism was based on responses from more than 2,100 randomly sampled small businesses in the organization's membership, which were surveyed during the month of January.

What about your small business? Are earnings up, flat or on the decline? What's your take on the market's recovery?

Obama Talks Up Entrepreneurs During State of the Union Address