'Do Not Track' Legislation Could Impact Your Business 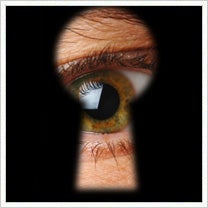 Members of Congress are expected to introduce privacy bills this week that would require the Federal Trade Commission (FTC) to initiate a Do Not Track registry for online advertisers. Such legislation could ultimately have an effect on entrepreneurs and businesses of all sizes that rely on certain types of online marketing -- especially retargeting (also known as behavioral remarketing) -- to generate leads and close more sales online.

Rep. Jackie Speier (D-Calif.) says her bill would enable consumers to "just say no" to advertisers who are in the habit of tracking their online activities, building consumer profiles and delivering ads that are tailored specifically to consumers who -- in many cases -- are completely unaware they are being electronically stalked.

Speier's office worked on the legislation with a number of privacy advocates including Consumer Watchdog, the Consumer Federation of American, Consumers Union and the Electronic Frontier Foundation, among others. And the proposed law has garnered the support of the FTC, which says Do Not Track legislation could go a long way toward protecting consumers whose every visit on the Internet is possibly being shadowed by network advertisers.

Furthermore, the agency suggests that such a Do Not Track system be established that simplifies a consumer's ability to throw potential advertisers off their online track. Right now, a consumer can't opt out of many of the multitude of third-party tracking services and ad networks out there. And those advertisers that do let consumers off the hook require that they set -- not delete -- a cookie to opt out. The problem with this solution is if consumers clear out all of their browser's cookies, the opt-out cookies that they worked so hard to establish also get wiped out.

But with Do Not Track technology, the consumer is offered a single, constant setting to opt out of all web tracking. It adds a header indicating that the consumer doesn't want to be tracked by advertisers. In this way, it avoids the complex challenges that come with compiling, updating and sharing a registry of tracking services or web users. Consumers can beg off such personalized advertising from ad networks one time and that opt-out becomes permanent. Much like the Do Not Call registry, this FTC recommendation gives consumers a clear-cut, easy-to-understand method of getting off of the data-tracking highway.

This pressure by legislators and regulators has prompted both Google and Mozilla to create new software for their browsers (Chrome and Firefox) in an effort at self-regulation. Both companies are looking over their shoulders, knowing full well that privacy protection is one of those rare items that garner support from both sides of the aisle.

For instance, Mozilla recently announced plans to incorporate a Do Not Track feature into Firefox 4.1, its next browser release, while Google has announced a new privacy program that enables consumers to not only opt out of such tracking, but to personalize ads they might be interested in seeing, if any.

Stay tuned to Entrepreneur and Daily Dose for updates on Do Not Track-related developments that could impact the way your startup or business markets online.