Carol Tice
Owner of Make a Living Writing
February 22, 2011 min read
Opinions expressed by Entrepreneur contributors are their own. 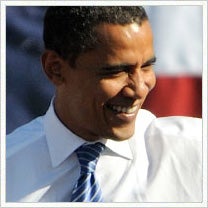 What do entrepreneurs think would help America out-innovate other nations? President Barack Obama is slated to get an earful of opinions on that topic today from Cleveland-area entrepreneurs.

Following up on his State of the Union speech, which focused on the need to reignite American innovation, Obama is convening a Winning the Future Forum on Small Business today in Cleveland.

Few details were available prior to the event, including the time and exact location. But one thing's for sure -- like last year's entrepreneur meetups, this one will be part media show, part real opportunity for some small-business owners to give the president a piece of their mind.

If this goes the way the entrepreneur meetups Obama had last summer here in Seattle did, a few business owners who're active in local business groups likely received phone calls late last week from a White House aide, asking if they could possibly clear their calendar to take a meeting with the Commander in Chief. In a media call last Friday, the White House said the complete list of entrepreneurs who're getting invites won't be available until shortly before the event begins.

I had a chance to chat up some of the owners who met Obama at the Seattle meetup. They ended up having a pretty intimate chat, sitting in a private meeting at Seattle's Grand Central Bakery. These entrepreneurs may not get such direct access for a one-on-one, with some major organizations already slated to appear.

On the plus side, this time Obama is hauling half his cabinet to Cleveland with him, so it should be an unusual opportunity for the business owners present to access many top officials, not just the president. The White House announced Friday there will be a half-dozen planned breakout sessions, including ones led by Commerce Secretary Gary Locke on export, Treasury Secretary Timothy Geithner on finance, and Labor Secretary Hilda Solis on workforce development.

As was true last time, Obama is trying to keep the spotlight on programs he wants to see get underway, and this event ties into his newly introduced budget. Will entrepreneurs agree with his ideas? I'll try to catch up with some of the participants later this week and report back on what went down.

What do you think would help America pull ahead again in innovation? Leave a comment and let us know.